You’re a gamer looking for a budget Gaming PC. An extremely tight budget built PC as a matter of fact. You’re wondering if you can even pull off the best gaming pc under $400 and truth be told; your worries are justified. Cryptocurrency mining, flash memory shortages, and also alleged price fixing have all caused computer components to absolutely skyrocket in price; but there is hope. Follow this best gaming build guide and check out the hardware that will help you build the Best Gaming PC under 400 dream machine.

Our Favorite Prebuilt Gaming PC under $400: 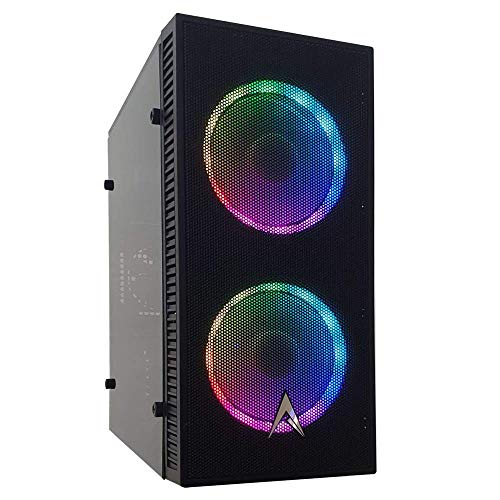 Before we kick things off, we’re going to have to make a few concessions. This guide won’t include a gaming monitor, gaming keyboard, or gaming mouse. These items are straightforward to find cheaply in the used market, and if you are like me, you’ve probably got a few lying around anyway. The goal of this guide is to focus solely on the best gaming computer under 400, so that’s what we’re going to do.

AMD’s third generation of Ryzen gaming products have come just in time for the budget-conscious gamer. Featuring 4 unlocked cores, 8 threads, Simultaneous Multitasking, a 3.6GHz base clock and a 4.0 GHz turbo clock, and RX VEGA 11 Graphics, the Ryzen 3 3200G processor, is an excellent choice to get the ball rolling on this build. The included Wraith Stealth cooler is more than sufficient for keeping your build cool and might even be enough for a very mild overclock.

The RYZEN 3 3200G processor features Radeon VEGA 11 Graphics integrated into the CPU. You may recognize the VEGA name from AMD’s lineup of VEGA 56 and VEGA 64 graphics cards. That’s right, cores from these cards have actually been adapted for use right on the die of the RYZEN 3 3200G, so we don’t even need a graphics card for this build!

The onboard VEGA 11 graphics will easily handle games League of Legends and Fortnite at 1080p with respectable frame rates and settings, and can even handle well-optimized games like Wolfenstein II and Doom with low to medium settings. If you want to run games, don’t worry because gaming won’t be an issue with this PC Build. Just don’t expect max settings every time.

Streamers will enjoy the plentiful real estate of 4 cores and 8 threads that make the 3200G a heavy hitter in the multitasking department of playing games and simultaneously uploading to Twitch.

Two minor things of note: This Best Gaming PC build guide contains a motherboard that may require a BIOS flash. (More on that in a minute.) The RYZEN 3 3200G is compatible, but you may need either a first-generation Ryzen chip or an AMD upgrade kit to flash the BIOS.

Additionally, keep an eye out for bundles featuring this product and current generation motherboards. If your timing is right, you might be able to save a few bucks! 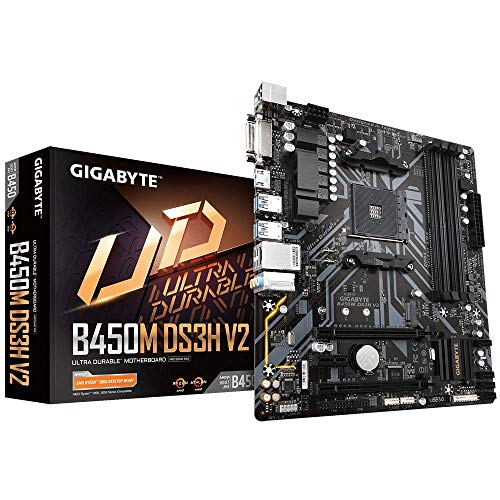 We’re going to take the Gigabyte B450M DS3H V2 for our motherboard.

No need to search elsewhere for a mother board. This board gives gamers the features and compatibility with all Ryzen 3rd Gen CPUs. It has features that may come in handy later down the line if you decide to upgrade.

This board makes use of AM4 sockets and for an entry level motherboard,  you are guaranteed a gaming feel at an amazing budget. 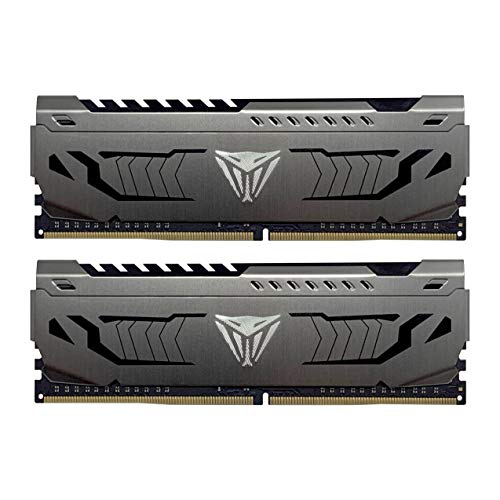 We decide to use the the benefit of dual-channel here, going with the Patriot Viper Steel Series, so a 16GB option instead of the singular 8GB.

16GB is enough for most modern applications and the relatively quick speed of 3200MHz means we won’t be sacrificing in performance as we would with only 2666MHz. This will also help CPU performance due to its overall quickness allowing you to run a number of games without much of a problem.

When coming up with the CPU the cost of storage was way cheaper compared to the last time I planned an upgrade. With the pricing in mind, a smaller 480 GB SSD was the ideal storage capacity to settle for. Such storage capacity is sufficient and gives you enough space to store games and other media you may have. It may fall short of the newer ones on quality but based on the budget it will be sufficient to start with. 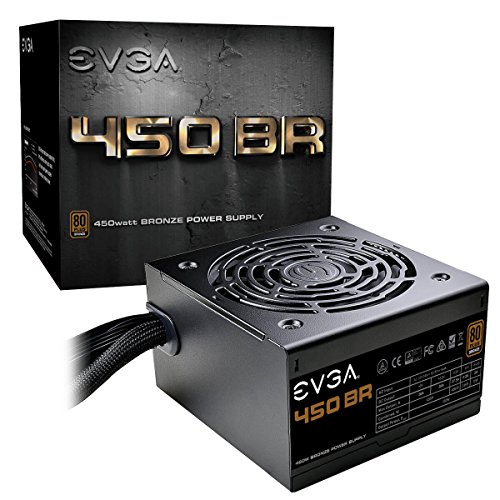 A cheaply-made or off-brand power supply can easily ruin your entire system if it fails, but the good news is you don’t have to spend an insane amount of dough to get the best PSU for your Gaming PC. That's why we opted for the EVGA 450 BR.

The EVGA 450 BR packs some serious power under the hood. For a device with such excellent craftsmanship and our budget we can only incorporate the use of basic modularity features. Due to the basic modularity features, it isn't recommended for anyone planing to run a dedicated Graphics Card. But, all in all, the EVGA 450 BR will do the job. It also is easy to install for new builders. Be sure to check it out.

Compared to other companies, the EVGA is a cheaper alternative. The low price is however not an indicator of inferior quality. Over the years the company has built a reputation for manufacturing powerful and durable GPU and PSUs. The component also comes with a Bronze certified power supply unit. 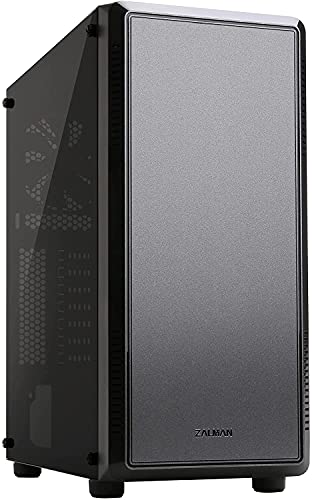 We’re going to need a good case to put all of these components in, and there literally hundreds of fantastic options in the entry-level price range.

The Zalman S4 Mid Tower PC Case is perfect for a low-budget gaming pc build. You can position the case horizontally and vertically. It's gives the best assist with air flow and circulation, with a transparent side for you to be able to take a look inside. You will also be able to manage cables easier because of its design i.e. with the availability of extra space.

Finally, the Zalman S4 looks like it means business. It’s simple yet elegant design seems to indicate that it knows its purpose: To provide an affordable platform for the budget-conscious gamer and look good doing it.

I always like to try and include a Pre-built option in my gaming pc build guides because I understand some people find it too complicated to build their own PC or they don't have the time. It's true that building your own PC has a big list of benefits but choosing a pre-built option also one huge advantage. It's going to mostly be "plug and play" once you take it out of the box. Going the build it yourself route means you have to wait for all the parts to arrive individually as well, which means you're going to need to wait a while before you even start building. This pre-built Allied PC I have chosen comes assembled with a AMD Anthlon Processor, AMD Radeon Vega Integrated Graphics and 8 Gigs of DDR4 Ram which gives it quite a lot of gaming power considering how cheap it is, really gives it a lot of credit in my eyes. Check it out and see if it's on sale or not it is the best in the $400 price range in my opinion.

It was tricky, and we had to make a few sacrifices, but we did it. This Gaming PC build isn’t the flashiest, most powerful gaming computer on the block, but it’s going to do what we want reliably, and we didn’t have to spend thousands doing it. Additionally, this Gaming PC build also offers the best upgrade path for gamers who are willing to spend a few more bucks in the future.

Increase Your Gaming PC Build By $100

Thanks for reading this build guide! All of the $400 Gaming PC parts mentioned in this article can be found on Amazon and other retailers. Happy building!

Lower Your Gaming PC Build By $100