The power supply unit is rarely the center of attention, we all like to brag about our CPUs and GPUs, but it is one of the most critical components of any PC. It also determines the graphics processing unit(GPU) level installed in your machine.

While NVIDIA's RTX series has previously produced some of the top graphics cards, the RTX 3060 is NVIDIA's new price-friendly gaming champion. However, because it is now the go-to upgrade budget GPU, those upgrading to it will most certainly require a new power supply unit (PSU).

According to NVIDIA, the RTX 3060 requires at least a 550 W power supply. However, given the many AIB variants of the card and PSU efficiency ratings, a 650 W PSU, which is our focus here, would be preferable. As a result, the NVIDIA GeForce RTX 3060 does not consume nearly as much power as the higher-end RTX graphics cards.

The power consumption number of the RTX 3060 is 170W. NVIDIA recommends that you utilize a 550W power supply. While most systems require around 500W of power, it's best to leave some leeway for power efficiency, overclocking, and future hardware upgrades when it comes to PSUs. With this in mind, a 650W PSU appears to be the best option.

If you're looking for more PSU recommendations, look at our list of the top gaming PSUs. It's difficult to get your hands on an NVIDIA RTX 30 GPU right now, so be sure you're not paying inflated pricing for that RTX 3060 GPU. Good luck with your upgrade!

Because the power consumption of fast GPUs is quite resolution-dependent, the maximum values of a very demanding scene are not the whole reality. In addition, the new GeForce RTX 3060 is more in line with the smaller cards, so there's no need to worry about a CPU bottleneck.

There aren't any huge surprises in power consumption because NVIDIA's TBP for the GeForce RTX 3060 is generally followed. With an idle power consumption of around 12 watts, one is in the usable range. It is almost certainly owing to the RGB of the board partner card.

The partial load ranges are only used infrequently, which could be attributed to the cycle's mild regulation. However, in Control with Ultra HD and full warming, the card hits roughly 175 watts, 5 watts more than planned and mentioned in the specs.

It gets us to the power supply requirements because firmware, in the end, determines what is possible, as well as the maximum and minimum values. For example, the board partner card has a maximum power limit of 180 watts, which can be accessed with the right software but is also fairly worthless because it barely affects performance.

Higher loads in the millisecond range exist for short periods, which can already lead to inexplicable shutdowns in the case of poorly designed or improperly equipped power supplies. The TBP (Typical Board Power) measured by the graphics card maker or reviewers isn't particularly useful for designing a reliable system.

Peaks with intervals of 1 to 10 ms can cause shutdowns. It is particularly true in highly quick reacting protection circuits (OPP, OCP) in multi-rail power supplies, even if the average power consumption remains normal. To have appropriate reserves for the worst-case situation, calculate a graphics card load of at least 230 to 250 watts proportional to the total system power consumption on the secondary side for this card.

Unfortunately, while 400W is plenty to power the GPU alone, it is insufficient to power a competent gaming machine, especially if your power supply is from an unknown manufacturer or was not included with the case. In addition, because the RTX 3060 Ti requires even greater gaming load power, 400W is insufficient.

1. What's with the double digits?

Because every graphics card has an average and peak power consumption, most folks spend most of their lives in the lower, idle part. Still, you want your power supply to be able to manage any peaks that occur during heavy gaming, even if they are only for a single second.

Your PSU has to power everything in your computer, which raises the overall required amount higher, is not factored into the 340/400 Watt information. You can expect an increase of 200 Watts for the CPU, fans etc., On average.

Furthermore, if you ever intend to overclock any of your components, this value will need to be increased. While Nvidia recommends a 550W PSU for the RTX 3060, their results were obtained with a high-end i9 processor. As a result, your overall necessary number is likely to be smaller.

2. What Power Supply Do We Suggest?

It's usually a good idea to keep in mind that your power supply should be twice as large as your computer's power consumption while gaming. Therefore, if you're just getting started with your computer or are not restricted in terms of money, we strongly advise you to invest in a high-quality 650W+ PSU for both the 3060 and 3060 Ti. 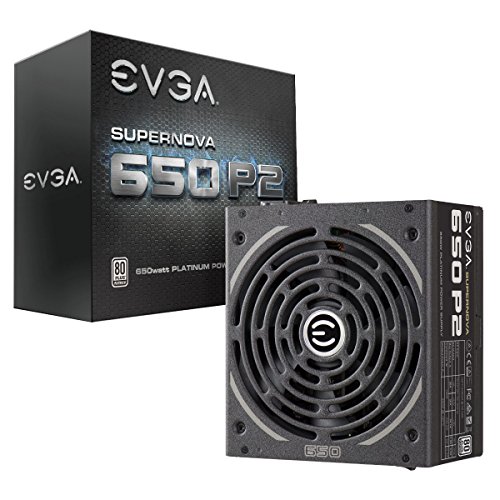 Even if you overclock your GPU and CPU, this is more than enough to handle the peak. Never choose a low-quality power supply because you're essentially gambling your entire computer on a few dollars saved. If you intend to overclock your processor or GPU, we recommend getting something with higher endurance. There are many decent PSUs out there.

Our power supply recommendation is as follows:

GeForce RTX 3060 Ti - A 550 Watt power supply is recommended for the average system.

GeForce RTX 3070 - A 550 Watt power supply is recommended for the average system.

GeForce RTX 3080 - A 650 Watt power supply is recommended for the average system.

GeForce RTX 3090 - A 750 Watt power supply is recommended for the average system.

The NVIDIA Power Capture Analysis Tool is one of the new tools for looking at power use (PCAT). NVIDIA developed a custom-designed board and software application that measures perf-per-watt and total graphics card performance.

The PCAT polls at 0.1 seconds and logs the data. This, combined with the fact that it solely measures the power consumed by the graphics card, makes it the preferred method of analyzing power consumption.

Installation of any of the Nvidia GeForce graphics cards is simple. First, ensure the monitor and any external power connectors, such as 6/8-pin or the new 12-pin PEG power connectors, are connected once the card is installed in the PC hardware. Next, purchase a power supply that includes these PCIe PEG connectors as standard.

Purchase a high-quality power supply. First, calculate or estimate your peak power consumption for the entire PC, then multiply that figure by two for the power supply, as your PSU is most efficient at half the full load value. As a general rule, if you use 300W Watts on average for the entire desktop PC while gaming, we recommend a 600 Watt power supply.

After that, we boot into Windows, install the updated drivers, and everything should work after a reboot. There is no need for additional configuration unless you want to fiddle with the settings, which you can do by opening the NVIDIA control panel.

You can use the NVIDIA Scanner in EVGA Precision X1 v1.1.7 to overclock the EVGA GeForce RTX 3060 Black graphics card. Then, using the EVGA Precision X1 software, manually overclock the card. The +150 MHz on the GPU and +500 MHz on the memory is an efficient medium. The power target might be increased to 112 percent to help minimize power consumption from being a role in performance being held back.

Most games will not run well at 4K resolution at ultra-high settings. It'll be difficult to obtain anything beyond 40 frames per second, let alone 60, but switching to medium settings will get you very near in many games.

We would not recommend the 3060 or 3060 Ti for outstanding 4K gaming to keep things simple. Instead, you'll need to check into the RTX 3070, but even that isn't the best GPU for the job.

In more complicated games like Red Dead Redemption 2, Assasins Creed, GTA 5, and others, both cards can easily maintain 60 frames per second.

Both cards can support up to four monitors. In addition, there are three DisplayPort 1.4a ports and one HDMI 2.1 port. However, double-check your card before purchasing since some manufacturers may have 2 x HDMI and 2 x DisplayPort instead.

It has a maximum resolution of 7680 x 4320 pixels. These two cards are enough for single-monitor gaming, but they will not support double or triple 4K or 1440p demanding gaming.