With the World Cup in full swing, we wondered whether the tournament will give FIFA 18 a boost in popularity. That then got us wondering what was the most popular sport video game (of the five major sports) in the U.S. We could have looked at sales numbers, but we wanted to see what people were actually searching. What games where people buying, and still talking about a year after purchasing.

What is the Most Popular Sport Game?

What we found may surprise some but probably won’t be much surprise to most. We found that Madden was by far the most popular game searched by gamers. It was king in 34 states. The next most popular game was FIFA 18 which was the top game searched in 11 states. NBA 2K18 rounded out the rest of the states with 5 states giving the most love to the basketball franchise. Interestingly, the national past times of Canada and the US – hockey and baseball (NHL 18 and MLB the Show 18) did not carry a single state and paled in popularity to those 3. 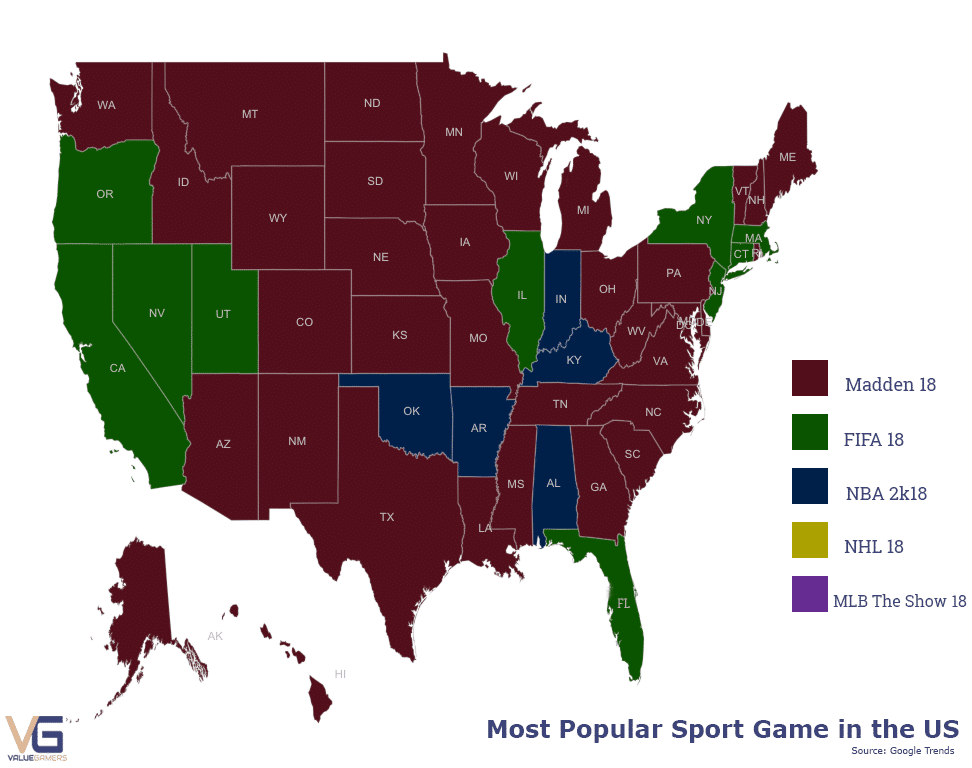 Geographical Differences in the US

It can’t be ignored that FIFA was far more popular in mostly left-leaning states (beside Utah). Madden on the other hand was popular basically everywhere else – including right-leaning Texas and left-leaning Washington. So is there a correlation? Perhaps. The states that support FIFA the most also tend to be the states with a higher percentage of immigrant populations. Outside the US – no matter the country- soccer is infinitely more popular than any other American sport. With a higher percentage of the population that either recently moved here or came from migrant families, it would make sense it would be more privy to picking up FIFA over Madden.

As per our original question, during the World Cup, FIFA does become the sport game of choice. Chalk it up to the excitement of watching the best players in the world playing in one tournament, but gamers are eager to replicate it on their small screen at home. While Madden and FIFA have about the same number of search interest between them during off-seasons (non-World Cup times), FIFA significantly pulls away during the World Cup. You can see for yourself in this Google Trends graph below. 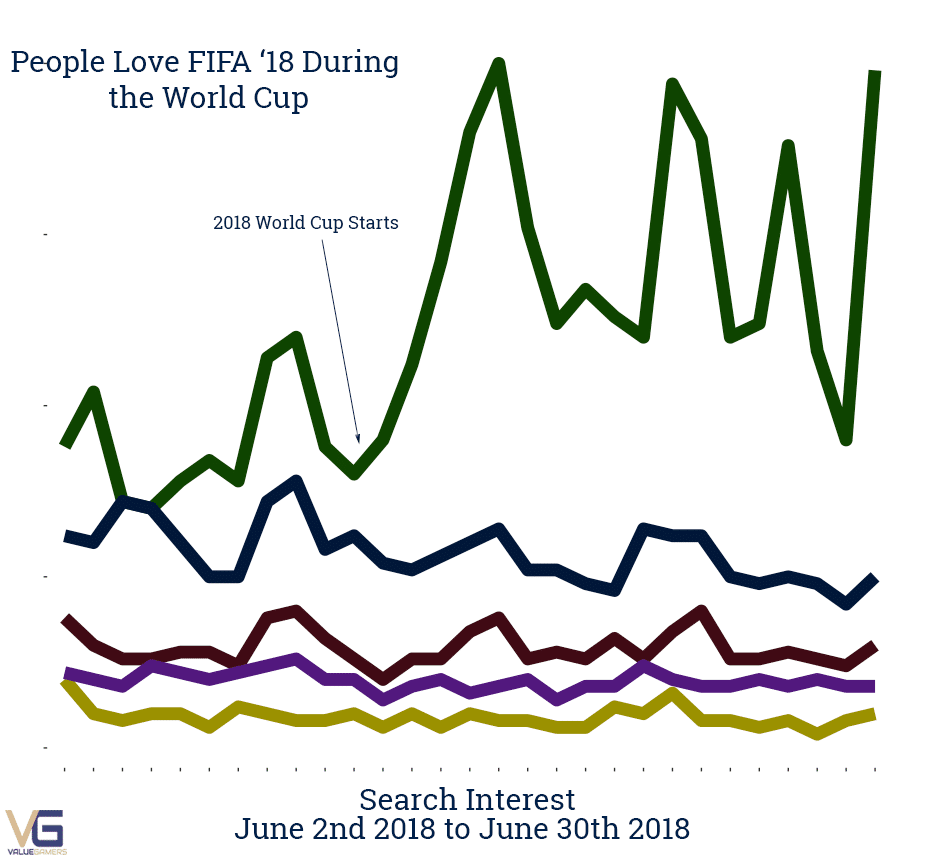