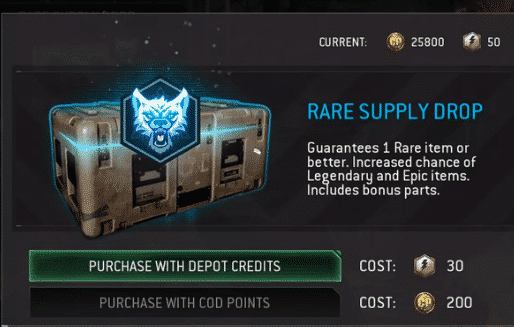 This week, Capcom revealed that the long-awaited Devil May Cry comeback, seemingly being made in the form of the series’ vaunted fifth instalment, would have microtransactions. And not just any microtransactions, but pay-to-win character advancement. Once again, gamers across the world are being made to ask themselves and the industry at large–how much is too much?

The excuses and justifications made for microtransactions these days are nearly insurmountable; we’ve gone from an era of agreeing as a community that horse armor is a worthless tax on gamers to hiding behind the logic of, “It’s only cosmetic, so who cares?” To a certain degree, this line of thought is fine. If it is only an optional, cosmetic purchase… what’s the problem? Well, it’s complicated. But on the surface, the problem is really that something in a modern game you’ve already bought and paid for is taking more money from you. And of course, it isn’t always just a cosmetic purchase.

There are all kinds of things developers can slap onto a game after launch and get money for. Large additions to the game, such as any or all of The Witcher 3’s DLC counts; each gave players their money’s worth in playtime and great new story elements, well worth the cost for fans who loved the game. On the other hand, this is far from the norm; for every good measure of post-game content, there are a thousand games out there, crowding gamers with outstretched hands and a pittance of offerings, many of which would once upon a time, long ago, been included in the base game.

Modern games insist on nickel-and-diming players, pushing out new and worthwhile content just as often as they throw together extra costumes or lazy story additions sometimes charging more for just an hour or two of gameplay than you’d make at a job for the same amount of time spent working. Everything from the new DMC, to the new Halo, to the new Red Dead games, are all being stuffed to the gills with optional extra purchases meant to drive the average purchase price for each title well-beyond the initial $60 price point. And of course, quite famously, recent years have seen such a decline in the general quality of games overstuffed with premium cancer that entire countries have started to take notice, leading to a major turning with Belgium’s recent ban on gambling via lootboxes.

The changing trend is largely due, in part, to EA and Disney’s awful collaboration in the new Star Wars Battlefront games to take every scrap of fun, life, or soul out and conceal them behind a terrible progression system stacked with pay-to-win elements and a paid lootbox grind so bloated that EA was forced to pull the ability to purchase things with real cash from the in-game store–for a period of time. However, EA returned to their old tricks, and even now while they tout how lootbox-free the future of their Star Wars games are, their standby moneymakers like FIFA are pushing the microtransaction envelope further and further, creating a freemium heaven for EA’s coffers by pushing iterative yearly sports titles on players for a full price tag complete with paid player-advancement schemes and manic levels of low-rate, almost extortionist RNG lootboxes with the best content locked behind tiny rates of success on costly “player packs” reliant on Skinner Box tactics and flashy player-training pull animations. And these will be available even in Belgium, where it actually breaks the law.

Just how bad is it? When the ban hit, the first thing industry giant 2K Gaming did was push onto players the irresponsible and downright inhuman task of begging the Belgian government for 2K lootboxes to return. When the first step was taken to strike back against rampant anti-consumer gambling in paid triple-A titles, the first thought of the profiteering company was to appeal to the addicted and unfortunate players put out by the ban–not by lifting the need for RNG gambling to succeed in their sports titles, but by asking fans to demand for the return of gaming’s most hated practice in the first country wise enough to look into the problem.

But, it’s not all bad. Gaming is making steps, with the recent Spider-Man and the upcoming Sekiro: Shadows Die Twice both coming out free of any microtransactions and loaded with classic, freely unlockable cosmetic content. There’s no doubt that Spider-Man made the right choice; the title became the fastest-selling game of the year and surpassed even the phenomenal God of War in sales during its first week, proving that all you need to make good money in games is a great developer and the dedication required to make a good product. Even mobile is showing at least one good bit of news, featuring the arrival of Harvest Moon: Light of Hope and its ensuing port to Android platforms, showing that even a game with countless easy ways to add microtransactions doesn’t actually need them, as none can be found anywhere in the game.

While the slow, uphill struggle against the worst of gaming’s leaders and their greed-driven need to lace every new title up with extra costs some dare to say are “unavoidable”, games and gamers alike are making progress. And maybe one day soon we’ll actually be able to strike a balance and put EA’s worthless sense of pride and accomplishment behind us.