Logitech G903 Review | Is It Worth Buying? 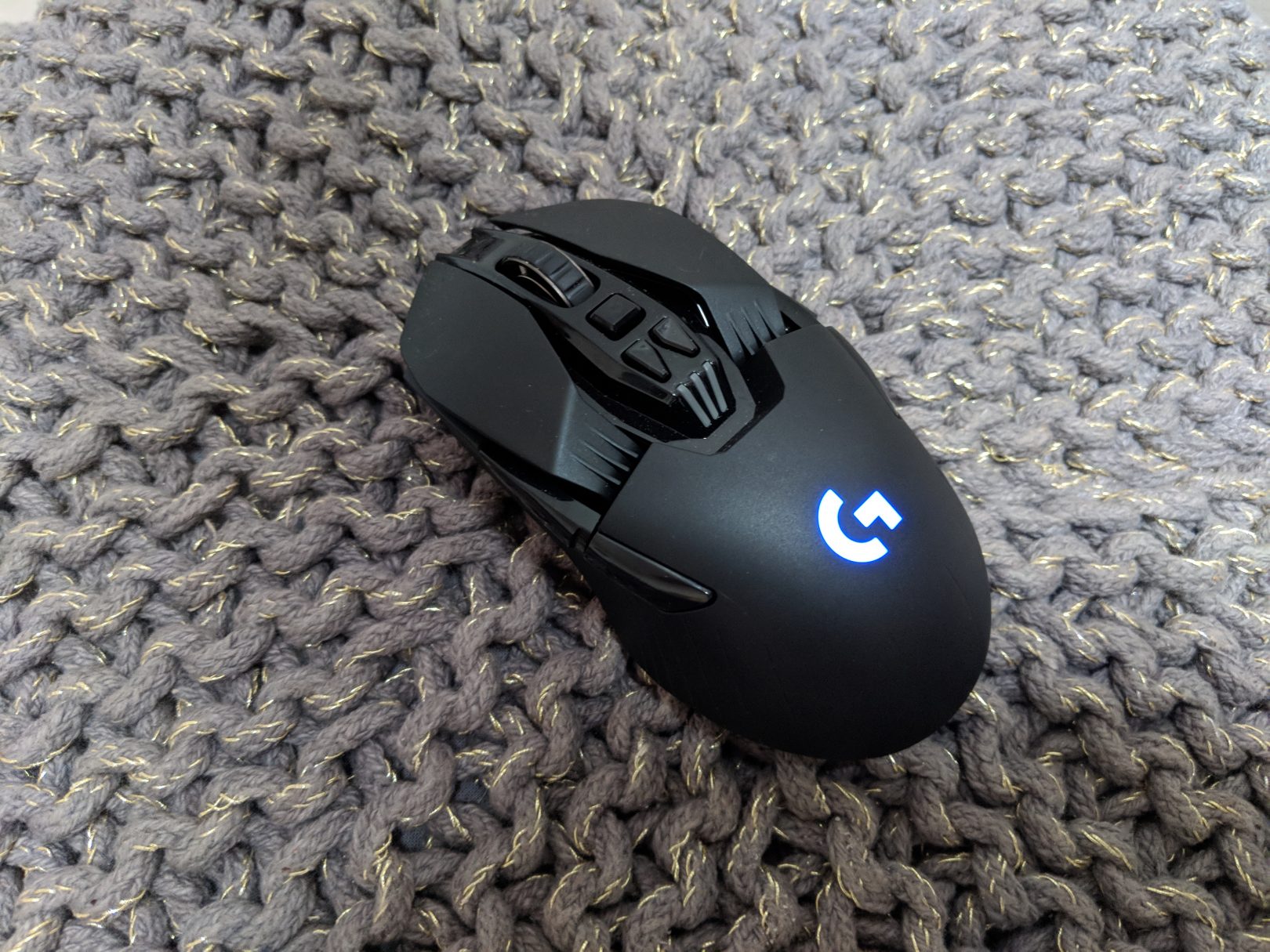 Personally, I am a fan of Logitech products, and today I am going to share my Logitech G903 review with you. New Powerplay system of Logitech is quite revolutionary. A mouse pad charges your wireless mouse while you are using it. Wow, it’s just fantastic! Isn’t it?

Of course, it is outstanding, but the problem is the high cost of the mouse for the majority of the users. However, if you like the mouse and you are comfortable, then the price is not a big issue. The real problem comes when you get to know that the PowerPlay mouse pad is compatible with only two mouses, the Logitech G903 and G703.

An old age maxim, “you get what you pay for” is proved with the Logitech G903. Despite its cost, it is one of the best gaming mouses as well as a near matchless performer in the world of wireless mouses. Once you spent a considerable amount of your money, you will get an ergonomic, customizable gaming mouse that provides the heavenly performance along with several cutting-edge features.

It includes support for the custom “Lightspeed” and the “Powerplay” wireless charging of Logitech. However, it has a downside, and that is you have to spend an additional amount of £90 to buy the custom charging mat of the company. The charging mat is mandatory because you cannot get the benefit of all the features of the Logitech G903 without it. Overall, the mouse becomes seriously expensive, and it overkills most of the conventional gamers.

According to the Logitech G903 review, the mouse feels duly ergonomic in hands, while comparing to the competitors like the Corsair Dark Core RGB SE. The competitor mouse has a less innate button placement and chunkier framework. The side controls of Logitech G903 are located exactly where your thumb sits and the slightly arched, curved back pushes your palm up, so all the top controls are within easy reach at all times. However, none of these features is available in the Corsair Dark Core.

Physically, G903 is a little bit obtrusive for my experience. It is fully enriched with features of hard edges, RGB lighting galore, and additional programmable keys. You can imagine the physical appearance of the mouse as if Acer made a Predator mouse then it would look like Logitech G903. Besides its visual features, nearly it ticks all the checkboxes for a gaming mouse. It has some smart design features that you may not see in any other gaming mouse.

Let’s start with the basics!

The Logitech G903 has the ability to have an enormous 11 re-programmable clicks:

The Logitech G903 review shows that it comes with up to 11 keys, and it depends on how you set it up. Other than that, two more keys are located on the left side of the mouse, and you have an option to add two extra keys to the right side by using a magnetically attached plastic plug.

The idea behind the mouse design is to let the gamers set up a mouse either for their left or for the right hand. It is a fantastic idea for both right-hand as well as for left-hand users. It’s up to you whether you choose to go with all of the keys at a time and have four side buttons. Anyhow, personally I think it would be an extra load to handle, and you must avoid doing so.

At the top of the mouse, you may find the basic buttons that will help in adjusting the DPI of G903. It also helps in switching between a smooth or step action on its wheel. Further, the typical left and right controls are also adjusted with it.

However, it is small, but the ability to adjust the action of the mouse wheel is mysteriously useful. When I use the mouse for a few weeks, personally I feel like using the resistance-free option when scrolling the internet and doing artistic work or switching back to the more specific step action while gaming.

On the underside of Logitech G903, a more significant shakeup is there, which features a puck (a black disc made of hard rubber) shaped cavity. In this framework, you may add 10g weight or attach a PowerCore module. Otherwise, the body shape has not changed the Logitech G903. My hand falls comfortably onto the gentle curves of G903 as well as the long body, makes it more compatible with a full range of hand sizes. (I also got big hands)

Though, none of the surfaces lined with soft-touch material or rubber, still I didn’t slip out my hands out of the mouse. It is the real beauty of the Logitech G903.

Despite carrying around a battery with an inspiring quoted 32 hours playtime, the G903 is amazingly light. Without holding the burden of its bottom landing Powercore disc or 10g optional weight, the G903 weighs a skimpy 110g. The Corsair weighs 128g, by comparison.

For my part, I found the uncontrollable 110g weight a little on the subtle side anyway along with using the 10g weighted disc. It clips into a port on the underside of the mouse. If you want to avail the opportunity of experiencing the custom Powerplay of Logitech G903, wireless charging will have the lighter Powercore disc.

As I mentioned earlier, the price of G903 wireless charging is relatively high as compared to the competitors. Personally, I found it much more practical and functional to use. 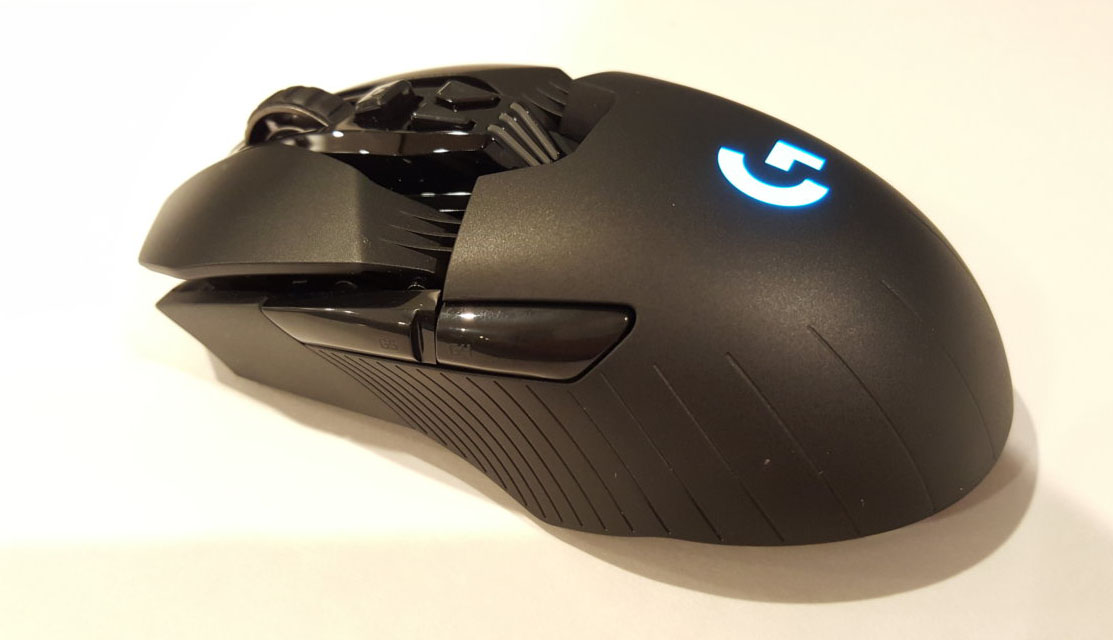 Traditionally, wireless mouses stay behind when it comes to performance. Wireless mice are generally less responsive and more prone to latency as compared to their wired counterparts. Luckily, you will not have to face this issue with Logitech G903 for some particular reasons.

The mouse connected instantly, once you plug in the 2.4 GHz Lightspeed dongle into a spare USB 3.0 port. A completely new latency-free gaming period is offered since then. You may find it matchless if you test it with other wired devices for responsiveness. According to the Logitech G903 review, you will find it completely bug-free as compared to Razor Mamba and Firefly.

Software and Lighting of Logitech G903 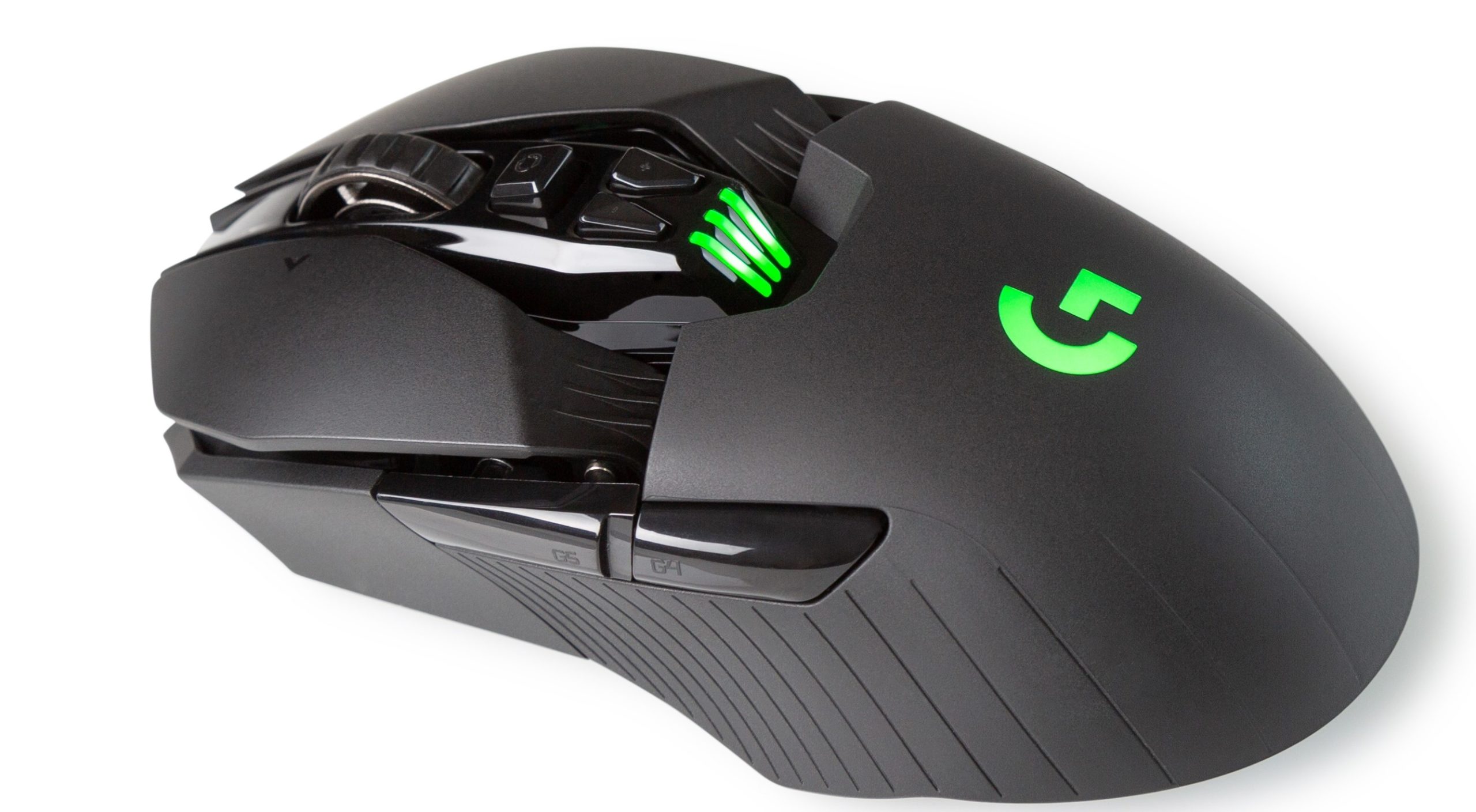 Just like other G series peripherals of Logitech, the G903 can be easily customized with the help of Gaming Software. You can adjust the RGB lighting of G903 conveniently, modify the DPI sensitivity, and synchronize it across all of your other Logitech peripherals. When we talk about the software, it is genuinely intuitive, featured a plainly labeled menu system as well as interactive controls for each part of the mouse. The basic left and right keys and central scroll wheel of the Logitech G903, all have locked functions.

Other than that, the main divergence between some of the cheaper Logitech offerings is that this mouse has local memory that makes you able to save up to five different profiles on the mouse. Several presets are used to toggle manually by using a button on the bottom of the mouse.

As per my Logitech G903 review, I had never felt a need to have five presets; instead, two are fine for me — one for my office work and one for my gaming craze. However, I can see the demand for more hardcore gamers who wish to have particular settings for distinctive genres.

Should You Buy the Logitech G903?

You will definitely try to find a mouse better than the Logitech G903. However, the addition of Lightspeed technology in the Logitech G903 mouse is excellent. This technology makes the mouse one of the most responsive and reliable wireless mouses available in the market. Anyhow, it is really expensive, especially if you want to avail the Powerplay wireless charging support. For a compatible mouse mat, it needs you to spend another £90.

Though the ambidextrous shape can scare some away, however, the Logitech G903 along with a lightweight chassis, premium switches, the dual-mode mouse wheel, and exceedingly low latency level, is considered as one of the best wireless mouses in the market. Anyways, the Logitech G903 review shows that it is extremely useful and comfortable for both left hand and right-hand users.

Apple Magic Mouse 2 Review – How Good is This Mouse?

Logitech MX Master Review – Is It Worth It?