How Much Does it Cost to Build a Gaming PC? Let’s Do the Math

Customizing your PC makes it a great investment as it is more likely to perform better and according to how you would like. Customizing also makes it more aesthetically appealing to look at for a gamer like you. If you are planning to build your gaming computer but still asking yourself questions like, how much does it cost to build a gaming PC? Can you still build a decent gaming PC if you have a tight budget? Keep reading to know how much you need for a gaming PC building.

The Cost of Building a Gaming PC

First, it is not possible to say the exact cost of building a gaming PC. The cost varies and can cost anything between $300 to $ 2000. The cost varies with the type of gaming computer you want and its purpose. Although this may be a little expensive, it is good that the price is also favourable to those on a budget.

If you are looking to build a multi-tier system, you can e sure to spend almost 50% of your budget on the graphics card alone. It is the most expensive part o a gaming PC. However, it might help balance between the components and remember that other forgotten about areas can drastically raise the overall cost.

Parts You Need to Build a Gaming PC 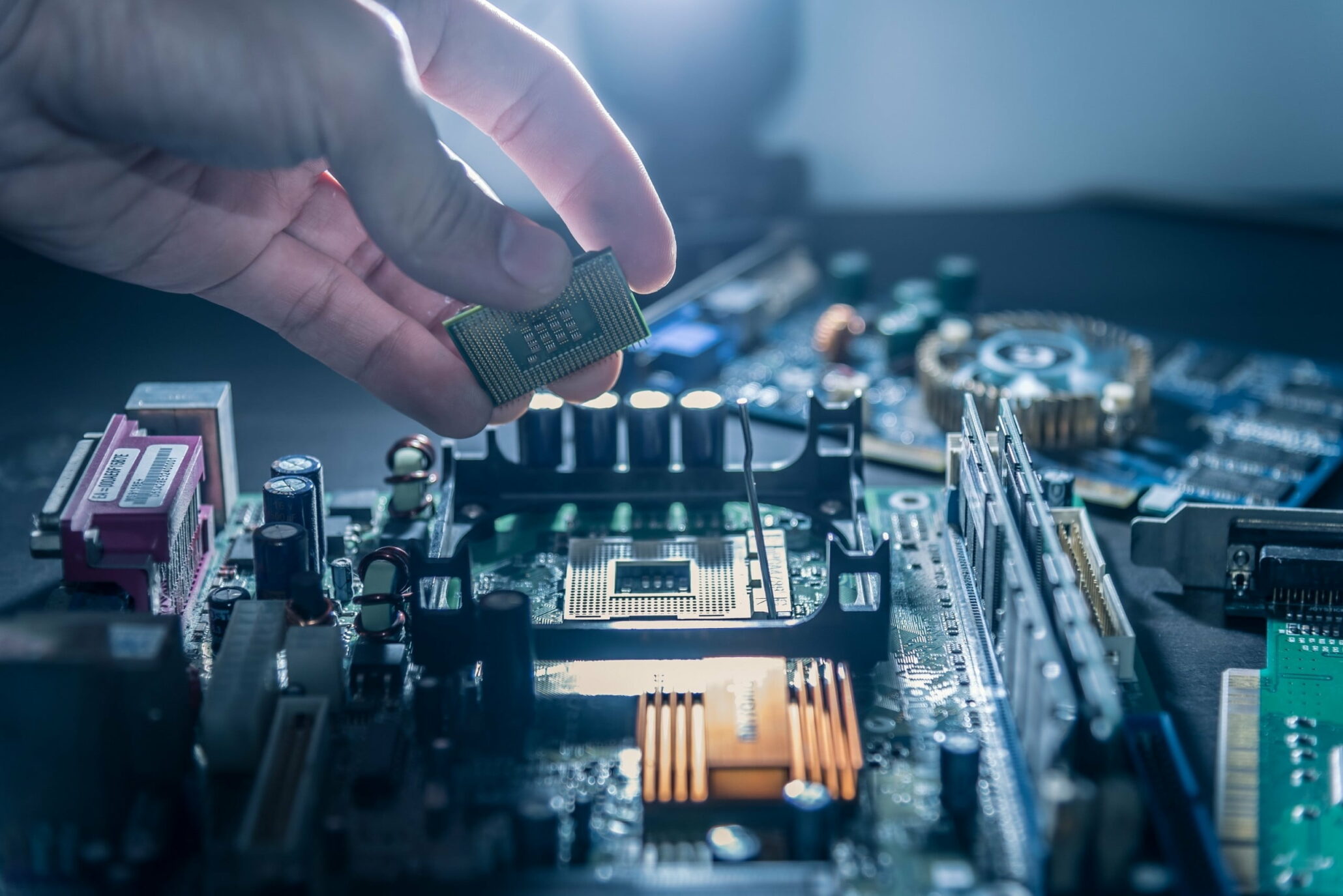 To play modern PC games, you will need several computer components. Such parts include the hardware, which is crucial, and an operating system like Windows 10. So first, let's go through the hardware required.

The Central Processing Unit (CPU) lets you interact with your programs and applications. If you want a PC for gaming, a quadcore processor will suffice. However, even the six-core processors have become more affordable.

The Cost of a Processor

The Central Processing Unit cooler comes with a heatsink placed above the CPU to keep it cool. There are different CPU coolers, including air CPU coolers, liquid CPU coolers and AIO CPU coolers.

The random access memory, also known as RAM, has become more affordable, and you can now get 16GB RAM at about $50-$70. RAM prices increase if you want faster memory kits. Memory with tighter timings will also cost slightly more.

A motherboard is an excellent place to save money, but the lower the price, the fewer functions and capabilities you will have. Therefore, when looking at higher-end solutions, it's also essential to ensure you take full advantage of your motherboard's features, as you can generally achieve equivalent performance for less.

The cost of storage is dependent on its size and speed. Theoretically, you could use two SSD devices with the same capacity. However, it will still cost more. If you cannot afford a high-capacity SSD, a 120GB SSD will be enough for booting windows and other programs.

Cost of an SSD

A Graphics Processing Unit will be the most expensive component of any gaming PC, and it is often agreed that it should account for half of your total budget. Also, the latest models like the MSI Gaming Geforce RTX 3060Ti may cost a little more.

Cost of a GPU

Compared to the rest of the PC, a power supply is relatively affordable. You can save money by choosing a non-modular alternative and ensuring you have the exact amount of power you need for your design.

Avoid anything less than Bronze-rated, and you should always investigate the Power Supply Unit tier lists before purchasing since there is no reason you shouldn't be buying from a trustworthy manufacturer.

In general, the lower the wattage, the lower the price. So avoid features like modular cables and LCDs and instead spend your additional money on more critical components.

Depending on the case, you might receive a good number of fans, better dust filters, and other nice-to-have features like cable management.

You'll find more modularity and the possibility to re-configure your case depending on the size of your build at the upper end. Some models may have superior sound dampening materials for increased stealth, while others may help you with your next loop.

The Cost of Building a Gaming PC

If you plan to make your own gaming PC, you need to know how much it costs. However, as already mentioned, we cannot tell you the exact cost, so you can look at this for a more general idea.

Contrary to its name, a mid-range gaming PC will allow you to play many games at medium to high settings while maintaining frame rates close to 60 fps.

Mid-range gaming PCs typically cost between $ 700 to $1200. However, you can obtain an Intel 9th generation Intel Core i7 processor with a good graphics card for this price, such as the Nvidia RTX 2060.

If you are more than simply an enthusiast and have the financial means to purchase a high-end PC, you should spend at least $1200 on your computer.

You'll need powerful components like an Nvidia 2080 Super, a 9th generation Intel Core i9 processor, and up to 64GB of RAM to construct a high-end gaming PC. But, if you have the abilities to go along with it, you'll be able to kill your adversaries with a PC like this effortlessly.

What to Keep in Mind When Building a Gaming PC

Before you build a gaming PC, there are several things you should keep in mind. This is because some of them could affect the overall cost of the setup.

Consider the games you're presently playing or want to play in the future. For example, some RPGs, such as Far Cry and The Witcher, will demand more complex gaming technology than a basic computer for smooth gameplay.

For casual PC gamers, low-cost builds might work. Popular games like Among Us and Stardew Valley may be played on laptops. If anything can run, it can run on a low-cost gaming computer.

b). Internal and External Components

We have already discussed the prices of the components required when building a gaming PC; therefore, depending on whether you want a high-end or budget gaming PC, you can select what works for you. One-piece may require more than the other. However, it is upon you to see what will work and what won't.

What are the Advantages of Building Your Own Gaming PC?

Some PC gaming enthusiasts prefer prebuilt gaming pcs while others like gaming PC builds customized by them. However, if you prefer to build your own computer for gaming, you will enjoy the following benefits.

The best thing about your own PC for gaming is that you get to choose the PC components and tailor the pc according to your needs. You get to build it to provide your preference's performance and visual design. You may design a PC to perform specific games and chores effectively based on your demands and budget.

Aside from performance and cost, you can also customize the appearance of your computer. In summary, you may tailor your component selection to your specific requirements and save or spend money on RGB lighting, flashy casings, and other cosmetic extras.

b). Gives a Feeling of Contentment

The act of placing the motherboard inside the case, inserting the CPU into the socket and securing it in place, introducing the RAM into the memory slots, and placing all the other components where necessary is really pleasant. Finally, if the PC operates smoothly after a long day of putting everything together, the effort spent was well worth it.

Cons of Building Your Gaming Computer

It may be fun and satisfying to build a gaming PC, but it also comes with cons. It is not just a walk in the park.

Assembling a computer takes time, especially your first gaming PC. Furthermore, certain projects may appear to be insurmountable at first. This may happen either owing to not having the proper equipment or simply when the user doesn't know how to accomplish particular activities.

Exercising good cable management and mounting water-cooled rigs, to name a few, come to mind when it comes to the latter. In short, creating a computer requires a significant amount of time, which not everyone is willing to devote.

1. Is it cheaper to buy a prebuilt gaming pc or build one?

A prebuilt gaming PC is worth it if you don't know how to build one yourself or if you don't have the time. In addition, PC companies get the PC components at a lower price when they buy in bulk, unlike you, who may only need one or two pieces. So they end up providing very competitive prices.

2. Can you upgrade a prebuilt PC?

Yes, it is possible to upgrade the components of a PC, whether it is customized or prebuilt.

Your first class is 100% free. Click the button below to get started!