Best Skyrim Mods for Xbox One to Modify Gaming Experience

Skyrim has been around for a few years as a fantastic game, and fans have gotten more and more creative with its mods. Even if it's a bit rough on the edges and ripe for modding, it has one of the most active modding communities and any currently available game.

What mods should I get for Skyrim on Xbox one?

What are Skyrim Mods?

Mods are content modifications made by enthusiasts to extend gaming experiences, and while mods can be fun, there are no official Xbox products. On the other hand, Skyrim is an eternal game that has been released many times, and mods are the one thing that keeps the game alive. These Skyrim mods made by dedicated fans may range from little bug fixes or UI improvements to full-scale game system overhauls and DLC-sized quests, with one due to become a full game.

Thanks to technology upgrading, you can get Skyrim mods for consoles, and even though Sony consoles don't allow script-changing mods, which are the most fun. Therefore, to unlock the most potential in Skyrim without any expensive gaming PC, opt for Xbox One and Series X/S.

Notably, even though Xbox users may have access to a limited number of mods, it doesn't stop them from transforming Skyrim with some of the best Skyrim mods out there.

While the Xbox mods are not as expansive as those available on a PC, they are still perfect for roleplaying, performance, immersion, game system overhauls, and graphics. Still, you are limited to about 5GB worth of mods, and you will have to choose carefully. Nevertheless, we have compiled a list of the best mods you should use below. 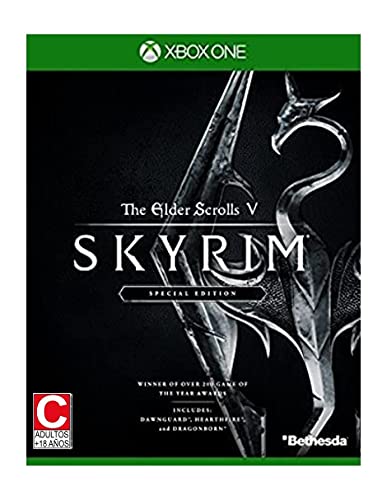 Unofficial Skyrim Special Edition Patch is the best Skyrim mod for Xbox one out there and even if you don't get any other mods, ensure you get this one as USSEP fixes hundreds of bugs and issues left in the Vanilla Skyrim game. This patch usually turns Skyrim into what developers visioned it to be without adding any extra fanciness.

Some of the fixed issues include Brand-Shei getting locked in jail forever even though he was supposed to be there for about two weeks or less due to lack of correct weapons upgrade and even broken quests. Notably, this mod should always be positioned at the top of your load order.

A Quality World Map And Solstheim Map mod are suitable for making roads clearer on the game's main map, and it will also give the players an option of using the Lord of the Rings-style paper map. This paper map will not only the points of interest and roads clearer, but it will be super immersive, and this will avoid making the world of Skyrim seem as small as it can be seen from above from the vanilla map.

This is an essential mod for any gamer playing as a Khajiit or anyone roleplaying as a character born and raised in Elsewyr. It overhauls all dialogue to give your character the syntax, vocabulary, and popular, witty personality of a Khajiit. The mod is fantastic, and it adds some depth to any KKhajiit playthrough.

b). Best Skyrim Mods for Graphics

Static Mesh Improvement mod fixes the original Skyrim's low polygon static meshes and makes them higher quality. This superb mod makes most of the objects encountered across Skyrim more realistic and smoother looking. This Xbox mod is crucial for any Xbox player who wants their next playthrough to look the best possible.

Realistic Water Two mod will improve the fidelity of the game's water graphics and change how the water reacts to falling in line with the actual world physics. The mod also allows gamers to change the water sound effect options through their settings menu.

This mod will show how lighting can make a major difference in playing Skyrim. Some differences include the light falling into rooms through the windows, bridges casting natural shadows on the water below, flames burning realistically, and water casting shimmering reflections on the surrounding areas. This mod makes Skyrim's dungeons feel more mysterious, for the palaces to feel more awe-inspiring, and for Skyrim's world to feel more alive.

Skyrim games are unique for using a few actors. Still, the Relationship Dialogue Overhaul mod uses this to its advantage and mixes and matches lines across your game, making Skyrim's dialogue more immersive. Additionally, this mod allows players to progress and get the NPCs the respect the Dragonborn deserves.

Open Cities operates the way it says on the package, and players are now allowed to throw the gate of Whiterun open and walk straight inside without any immersion-breaking loading screens. This may not seem like a major change, but it makes Skyrim feel more of a single and consistent world.

Immersive Patrols mod will help bring Skyrim's Civil War questline to life as Thalmor, Stormcloaks, Dawnguard, and even Imperials populate the Skyrim's roads. It completes the Civil War ends and the patrol of losing faction, and it's the best mod to make Skyrim feel like it's at war.

The Forgotten City follows as a player discovers a lost Dwemer city that is now invaded by characters from across Tamriel, and they are all caught up in a terrible curse left by the cities' creators. The Forgotten City is an award-winning mod, and it won an Australian Writer's Guild Award and a standalone game based on the mod and is set to be released.

Beyond Skyrim - Bruma follows as the player travels south to Cyrodiil and seeing what has become of the northern county since Oblivion and reintroducing classic enemies from the Elder Scrolls 4. In addition, with Alternate Start - Live Another Life, the players begin their adventure in Bruma before crossing the border north to Skyrim.

This version is a great addition for anyone looking to expand Skyrim's world and still get a dose of Oblivion nostalgia to boot. It is also great for adding various armors to your games and in a city larger than most of the hold capitals Skyrim offers.

Falskaar is another new land mod for Skyrim, and just like the two above mods (Forgotten City and Beyond Skyrim - Bruma), it adds an entirely new lore-friendly content with a great number of new voices, stories, and actors to tell. The mos also see the player get thrown in the background through time and arrive 600 years later on the mysterious Island of Falkskaar.

Apocalypse mod adds over 30 new spells per school of magic, and the vanilla spells work okay after ten years of Skyrim but are a bit dull now. The Apocalypse - Magic of Skyrim mod adds plenty of lore-friendly spells, making the playthrough more exciting.

Phenderix Magic Evolved mod is suitable for people who enjoy the sight of lightning crackling from your fingertips, and you will be spoilt for choice as the mod adds over 400 new spells. In addition, this version features new spell archetypes, including growth, bombs, and you can summon any creature in the Skyrim world.

With the Better Combat AI mod, NPCs' fighting styles change drastically, and they try to bash, block, stagger, and disengage from melee combat when they get far from any ranged characters.

NPCs are interesting beings in Skyrim, and they will always try to pick a fight with any dragons that maneuver around their village. Immersive Citizens AI Overhaul mod ensures that they won't fight you or any other overpowered creature, especially those on a higher level than them. Instead, they run and hide in their hideout assigned randomly and could be a temple or home or anything similar.

This mod introduces 28 new dragons, each having a different texture and model, and this helps to spice the appearances of winged reptiles. Also, the frost and fire breath and some have a drain vitality attack, and thanks to their appearance, you will differentiate them and tell which one is heading towards the horizon.

How Do You Install Mods on Xbox One?

Modding Skyrim on an Xbox is easier than modding it on your PC, and all you have to do is:

a). You need to have a Bethesda.net account which you can get at the Bethesda website. After that, the rest of the process will be a breeze, and for your next time to boot up Skyrim, you will need to load the game and go to the main menu.

b). When you load the menu, you will see the "Mods" options menu, which will prompt you to connect to your Bethesda account. The load order is self-explanatory, and it will show how your mods will be activated and prioritized. Notably, mods at the bottom tend to overwrite the ones at the top, and therefore, if you have various graphic mods that retexture walls, the last one will overwrite all the ones placed above it.

c). Follow this by heading back to the Bethesda website, and on the top left corner, you should see a dashboard icon that will trigger your drop-down menu.

d). On your bottom left, you should see a “Mods” title that will have a Skyrim: Special Edition as the subheader. Click it, and if signed in, you should be able to start choosing the mods you would like to download and enable in your game.

e). After you enable or disable mods, you need to either create a new or reload the save to install them, and the next time you play, there will be a difference. To disable your mods, you will have to access the mods section at the main menu but remember, you cant disable active mods from the Mods section on the pause screen, but they are just there to remind you which mods are active at the moment.

When using mods, there are factors you should consider since mods aren't official Xbox products, and some include:

Frequently Asked Questions on the Best Skyrim Mods for Xbox One

1. Does Skyrim on Xbox have better mods?

Graphic mods are not as advanced as PC or PS4 mods, but you can still make your Skyrim look incredible on your Xbox one. However, take note that some of these mods usually affect your performance negatively.

2. How many mods can Skyrim handle?

The upper limit Skyrim can handle is 253 mods with 255 as the hard limit, which only counts particular mods types. The specific ones are the ones that add a .esp or .esm so that they change the actual data in-game and not the mods that change textures and models. In addition, each of the DLCs counts as a mod, and ESLs will use the same spot in the load order.

3. What should you Do if Your Game keeps crashing?

Al the mods we have mentioned above should work well together, but the importance of modding is adding more to tailor your experience. So it's advisable to add one mod at a go and test your game to ensure everything is working as it should, and even though it may seem tedious, it's better than adding 50 mods and not knowing which one is bricking your console.