The Pokémon franchise is made of several games spread across a lot of platforms. However, some of the best Pokémon games are not made by the Pokémon company and are fan-made Pokemon games. Fans can create amazing content, and luckily most Pokémon fans are aspiring game designers, and the Pokemon game is both a game franchise and a creative outlet. Some of them are free while some you have to pay for, and also some fan games float to the surface while others are gems. Read on to understand the best.

What is the best fan made Pokemon game?

What are Pokemon Fan Games?

Pokemon fan games are the spice any gamer is looking for to spice and see the Pokemon franchise in a new light because sometimes the official games can get boring. These fan-made games are made by tech-savvy fans. They often use existing games to create ROM-hacked versions of the classics; this means new storylines, creatures, possibilities, or game mechanics are available at no additional cost.

Pokémon fan games are the solution if you find yourself looking for more than the official games to keep your Pokémon battling skills at a pro-level. Check out our best fan-made Pokémon games below across the Playstation, Nintendo Switch, Xbox, or PC.

Pokémon insurgence is one of the best Pokemon fan games in the Pokeman community, making it top of the list, and it's a full package in terms of what gamers are looking for in a fan-made Pokémon game. It was made with an RPG Maker; therefore, you don't need an emulator for this game. The game is set in a new location with a dark and gritty storyline about Pokémon-worshiping cults trying to get world domination.

Pokemon Insurgence has standard gameplay for Pokémon and has additional features such as a wide variety of challenge modes, secret base customization, and mega evolutions. You can also choose from three difficulty levels, unlike in the original Pokémon games, and come with Delta Species that are official Pokemon and are also given a brand new coat of paint with the brand new abilities, designs, and types. 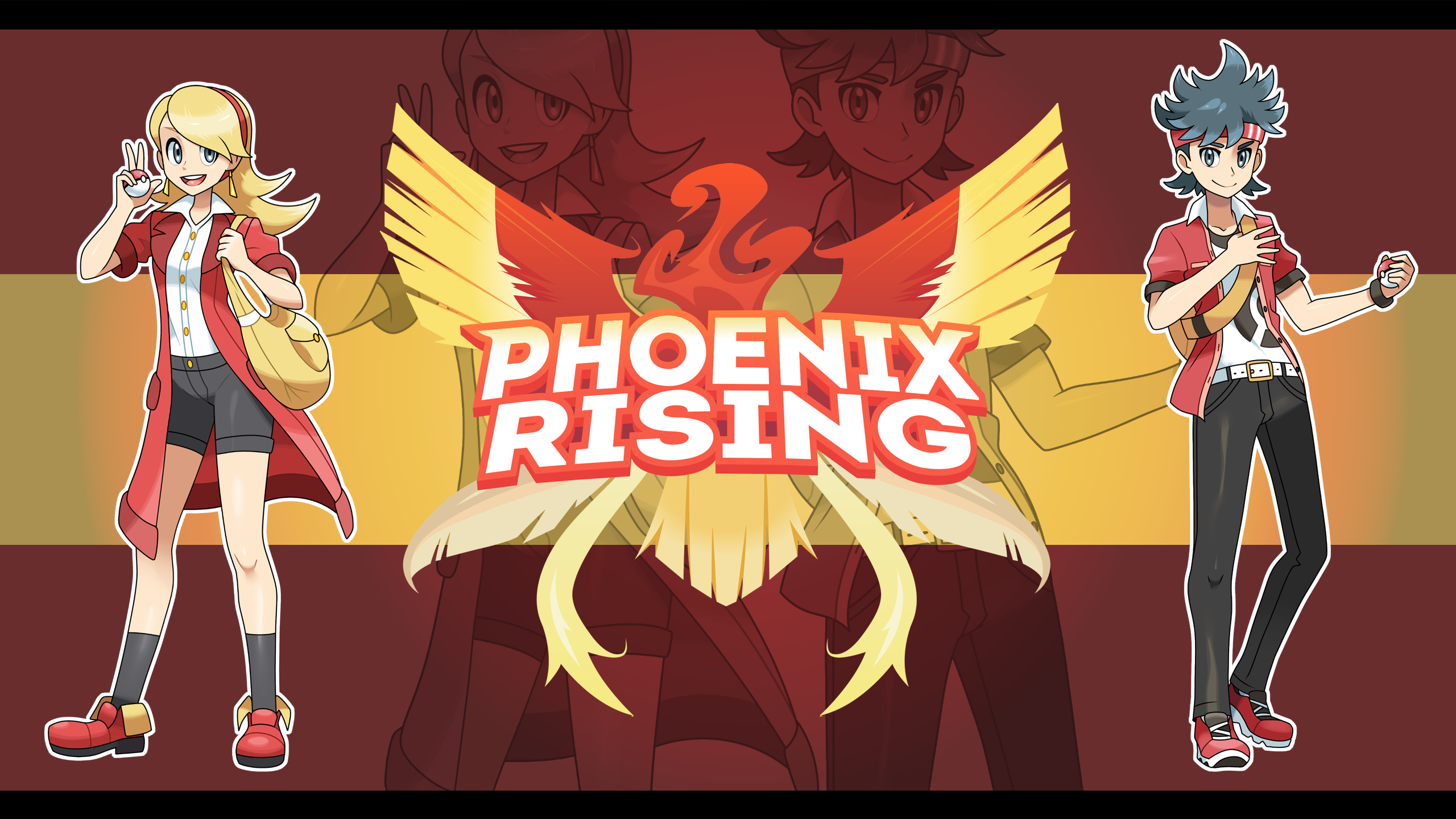 Phoenix Rising fan game is based on Pokémon FireRed, and it's the most suitable game for hardcore trainers looking for a challenge as it's the most ambitious fan-made game. It changes some mechanics of the whole campaign, and it was created to create as close to a PC game experience as you would get from the Pokemon Essentials template. Pokemon Uranium is similar to Pokemon Prism, and it's one of the few Pokemon fan games that have received an official cease-and-desist letter from Nintendo to show how real the quality is to the real Pokemon. It is among the best Pokemon fan games for its gameplay, music, and art style. In addition, it acts as a new generation of Pokemon with a completely original Fakemon that comprises the new Tandor region.

The Pokemon Uranium game follows the general Pokemon formula in terms of the Fakemon creation and the plot but with an additional wrinkle that is the Nuclear type and Nuclear-type variants of real Pokemon. Unfortunately, however, the official website is down, but you can find download links from the Wiki. 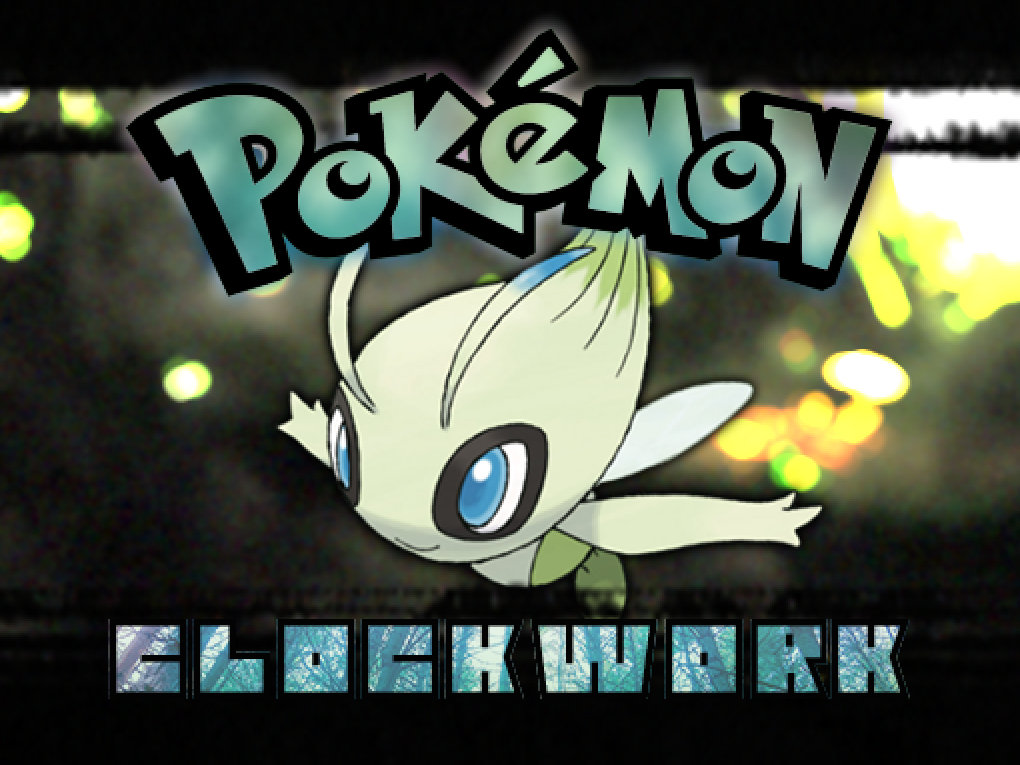 Pokémon Clockwork is a fan-made game created using the Pokemon Essentials engine and is set in the Rosari region, where you will find Pokemon and humans living in harmony. The quest starts when a player gets summoned by the time-traveler Pokemon Celeb who explains the region's danger from Team Epsilon.

You will be needed to save Rosari by stopping Team Epsilon who's plan is to destroy the region's memory. Alongside the storyline, the Pokémon game also includes some cool features like time travel, a realistic time cycle, a quest system, appearances from Gen 1-4, and unique Pokemon and all the Pokemon new mega evolutions that can be triggered in the middle of a battle. 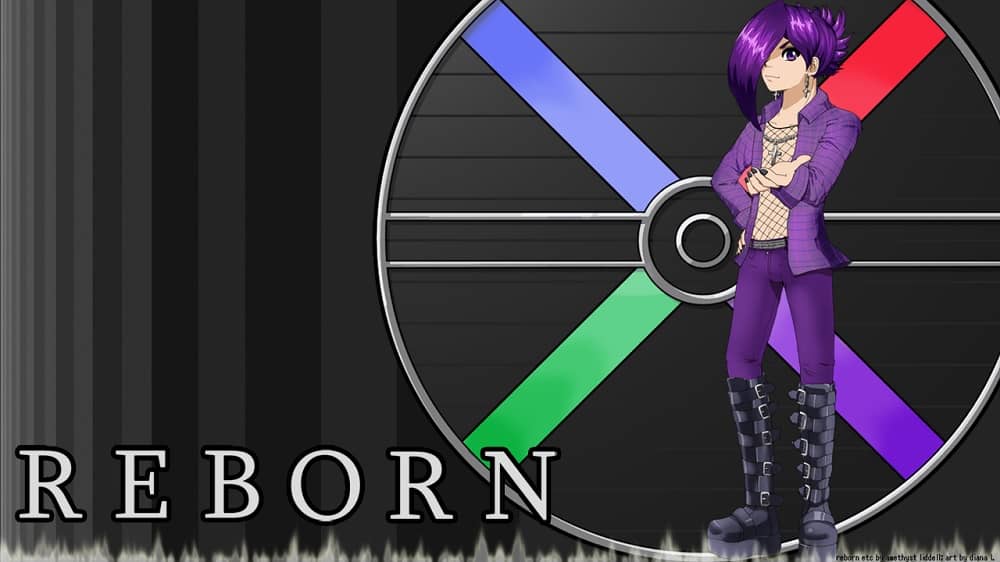 Pokemon Reborn was created after Pokémon Emerald and uses and was designed specifically for PC play, and it introduces new mechanics like Field Effects. Using RPG Maker and the effects, the gamer can change the type of battlefield to their advantage and deliver a new Pokémon experience.

Pokemon Reborn, the model after Pokémon Emerald, has a dark and better storyline than the traditional Pokémon games. While you are restoring the city and bringing an evil organization to a stop, it's a great idea to recruit trainer allies and play together. The Pokémon Reborn is packed with plenty of content to keep players on their toes, including 18 trainer fights. 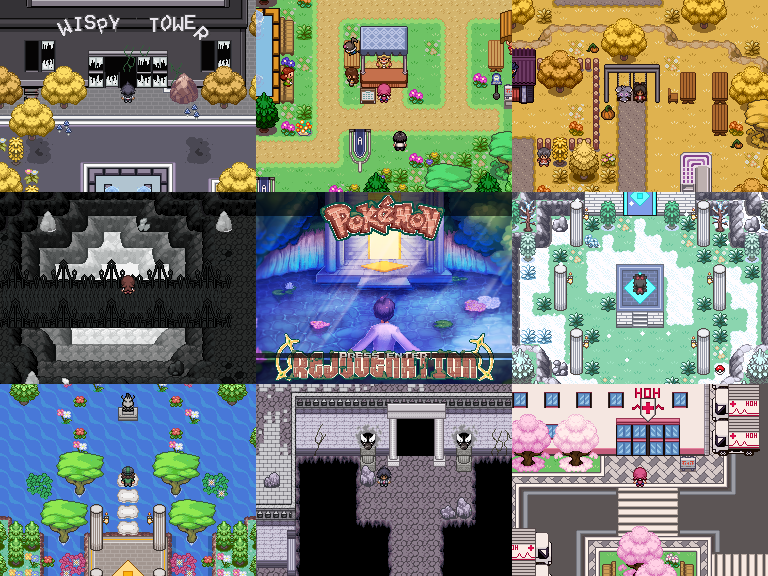 Pokémon Rejuvenation is one of the best Pokemon fan games if you enjoyed Pokemon Reborn and are looking for something similar. It was created by the same team, and the two fan-made Pokemon games share many features, including epic locations, a compelling battle system, and a rich and dark storyline.

Pokémon Rejuvenation includes more features and content than Pokemon Reborn, and running through the game fully can take more than 70 hours. In addition, the Pokemon fan game features eight elite battles and 18 typed gyms, which gives you a lot of time to perfect your strategy. 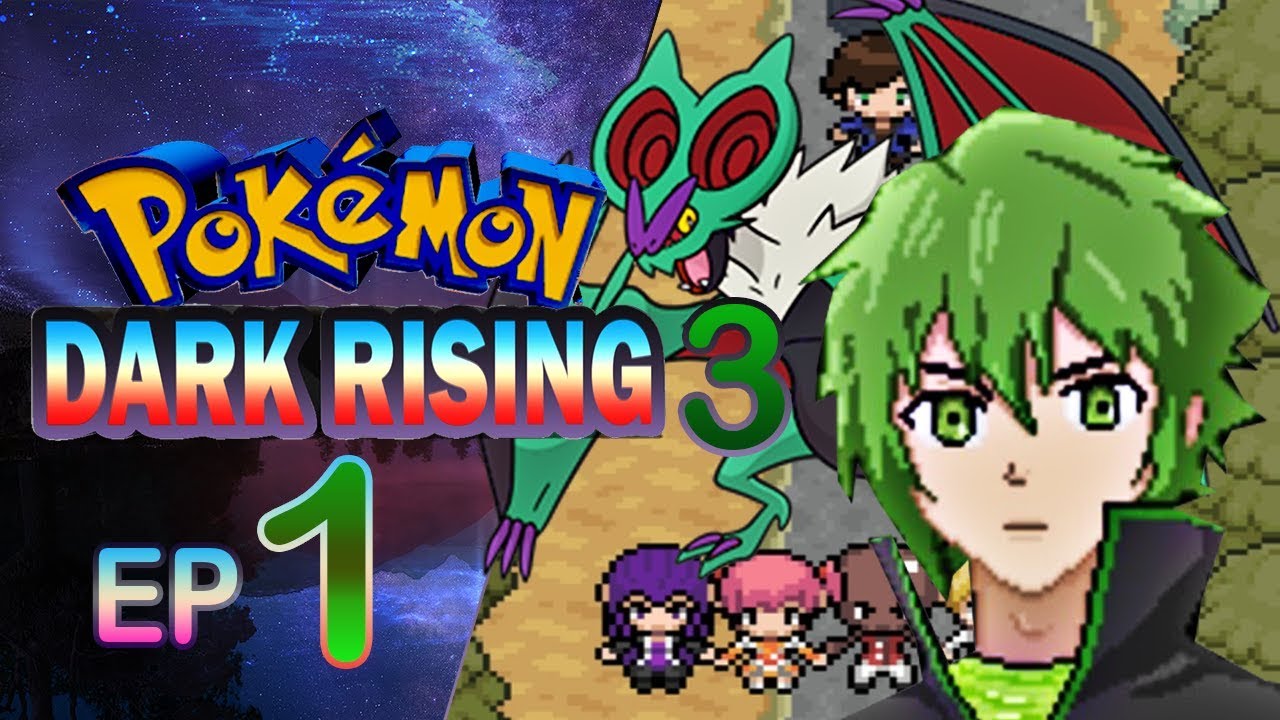 Pokémon Dark Rising is often described as the Dark Souls of Pokémon games and will be your favorite Pokemon game if you enjoy difficult and complex games. The player will be a young trainer from the Core Region who wakes up from a strange dream and find a weird Pokémon who they have never seen before.

Once the Pokémon chooses the player as their trainer, they will work together to save the world. The game includes 386 Pokemon and allows players to visit the first five regions in the mainline Pokemon games. It has become very popular because it spawned two direct sequels and a Kaizo version for the players looking for a challenge. 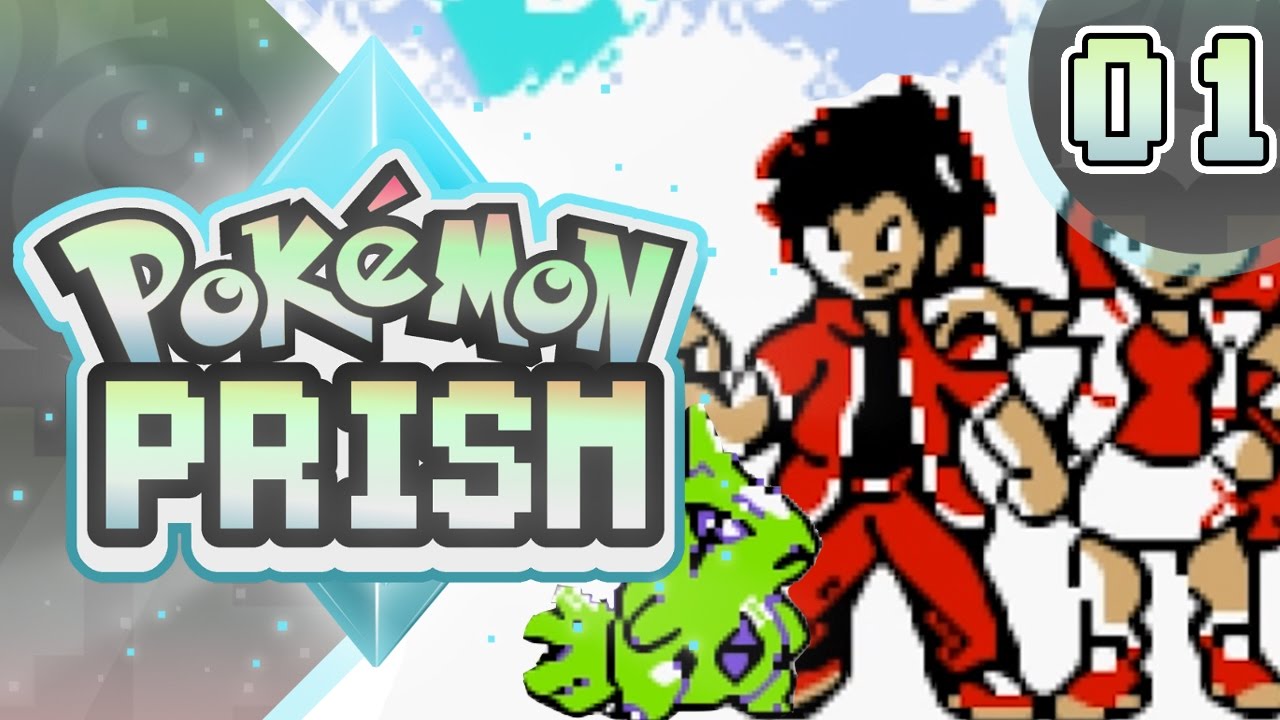 Pokémon Prism is a ROM-hack of the Pokémon Crystal and is also a sequel to Pokémon Brown, which is a ROM-hack of Pokémon Red. The Pokemon Prism storyline follows the daughter/son of a popular Dragon-trainer, Lance, who plays in Minecraft. When it loses control suddenly, it sends her rocketing down to an unexplored track.

The unexplored track leads into the Naljo region, which is an unexplored area that is focused on industrialization. After they adopt a Lviatr who has lost their trainer, they start a journey to gather 20 gym badges in two regions Naljo and Rijon (Pokémon Brown). The game includes Pokémon from Generations 1-4 and introduces Gas/Sound/Fairy elemental typings, new mini-games, and TMs. 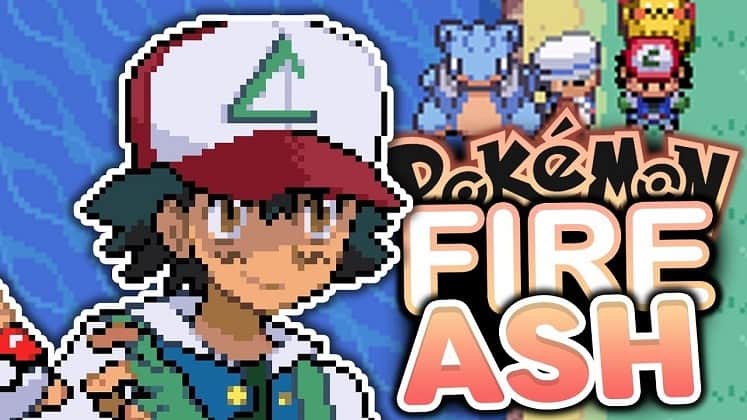 Unlike some fan games in this list, Fire Ash is a ROM-hack of the infamous Pokemon FireRed. The storyline follows the adventure of Ash Ketchum, who tried to defeat the Indigo League and gain the true Pokémon master status.

Pokémon Fire Ash allows players to travel to different regions in the history of the Pokemon franchise. This allows a player to challenge over 50 gym leaders, enemies, and travel buddies. The Pokemon game will lead players down memory lane and extend a roast of over 800 Pokemon that stretches over seven generations. Other unique features include Alolan Pokemon forms, an appearance from Ash’s Greninja, and Mega evolutions, making Fire Ash the best Pokemon game for any player looking for a nostalgic feeling. 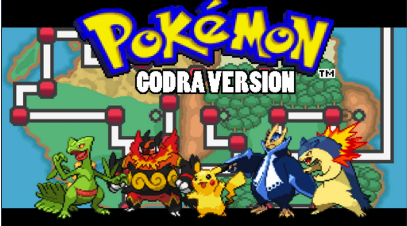 Pokémon Godra is a unique Pokémon game that is different from other fan-made games as it focuses on the trainer than the Pokémon. The popular ROM hack allows a player or trainer to choose their career path where there are many fun careers, including Safari Zone Warden, Coalition Leader, and the Military General.

You can go ahead and find Pokémon from different versions of the classic games and engage in new storylines and quests and successfully explore the Eastern and Western map areas. This is among the best Pokemon fan games that allow both the trainer and their Pokémon to grow thanks to how engaging it is and explore the adventure. 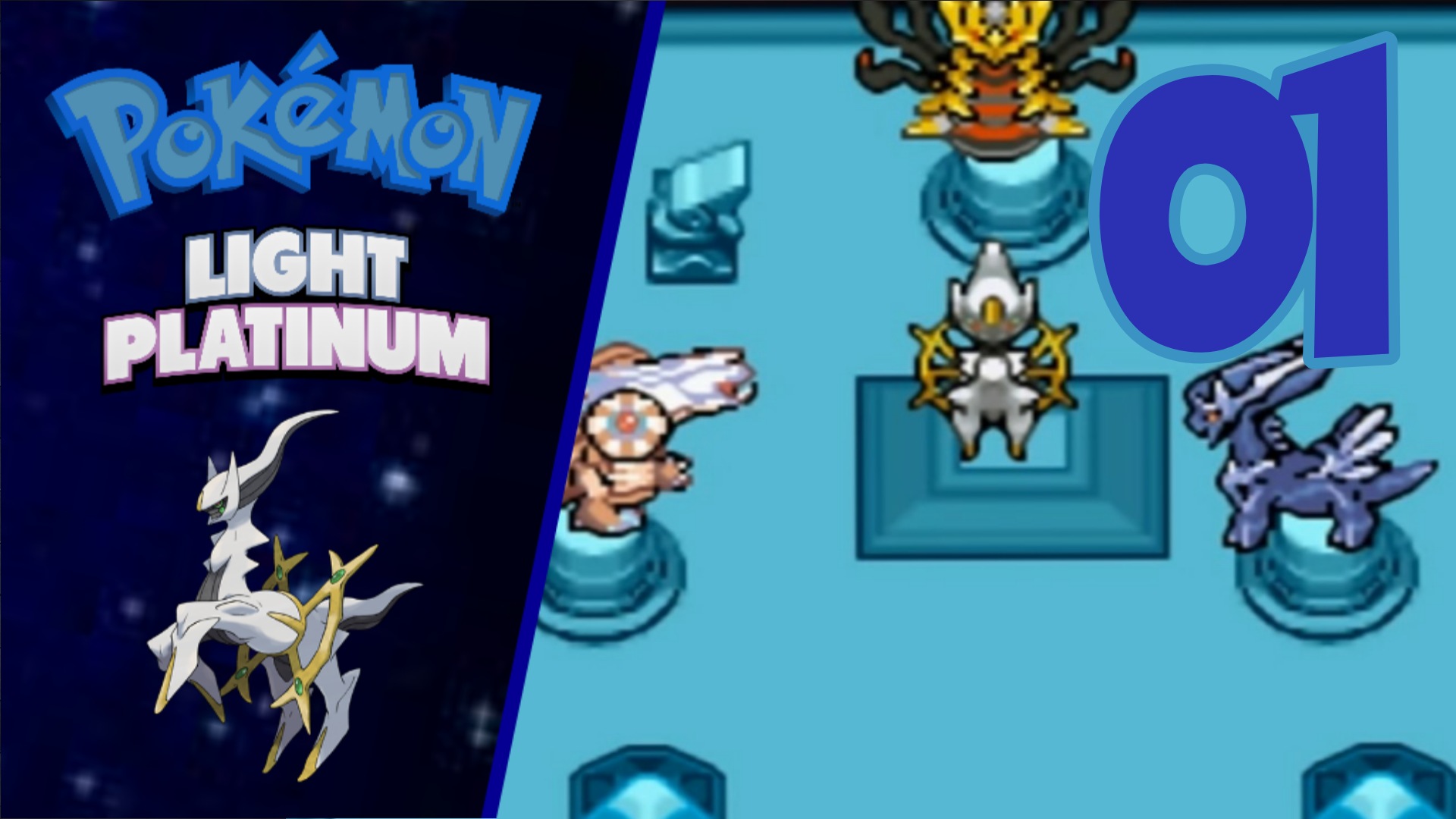 The Light Platinum Pokemon Version is an ideal game for you if you have ever wondered what would happen if you put old Pokemon against new Pokemon. The ROM hack is based on Pokémon Ruby and comes with plenty of additional content, and you can battle two Pokémon leagues, earn 16 gym badges, and reach a world championship.

The Pokemon Light Platinum game is one of the best Pokemon fan games Pokémon has made, and it suits anyone looking for the classic Pokémon experience. The game is familiar enough to experience nostalgia but is also new that it will not bore you to quit. 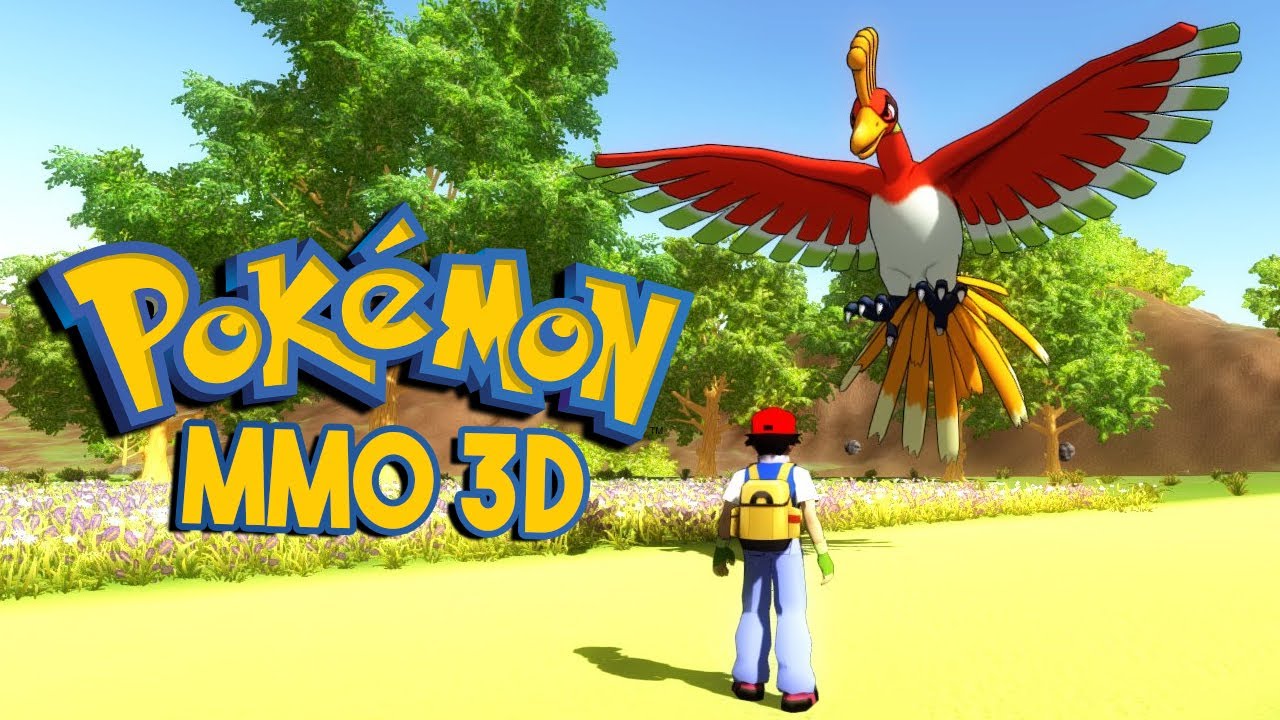 Pokémon MMO 3D is one of the best Pokemon fan games because while other fan-made games use a 2D plane, this one takes place in 3D, just as the name suggests. Pokémon 3D gives the player a feeling like they are in the real game when exploring familiar and unfamiliar regions and features a 3D screen adjusted accordingly.

Pokémon MMO 3D allows you to control your Pokémon instead of the turn-based orders directly, and you can also move and attack however and when you like. However, its abilities are on a cooldown, and you may need to keep your wits to yourself to win.

What is the Difference Between Fan-Made Pokemon Games and Pokemon ROM Hacks?

Pokemon fan-made games, just as their name is created by Pokemon fans, and they use the concept of Pokemon but differently with a lot of twists. The game may not be entirely like traditional Pokeman games but may have some Pokeman in them. These Pokémon games use different programs such as Pokemon Essentials and RPG Maker XP to make the game, and Fan-Made Pokemon Games can e played on Android using the Joiplay app.

On the other hand, a Pokémon ROM hack uses the real data from an actual Pokemon game. So, for example, the person making the Pokémon ROM hack can use the data from the game. This allows them to create an entirely new game using character sprites, Pokemon moves, locations, music, and Pokemon sprites.

These Pokémon ROM hacks reduce the creator's job in half since all they need to do is come up with a different storyline to create a fresh game, and the more skilled a creator is, the better they can edit data and sprites to make a whole new looking game. Some users also use HUDs and sprites from other games as these ROM hacks can incorporate sprites from others even though they are different systems.

1. Can you play Pokémon fan games on Android?

Yes, and No, depending on the fan games you would like to play. Many Pokémon fan games are made with PC players in mind and may not be accessible to Android users, but keep in mind that many ROM hacks depend on GMA emulators to operate. There are many GBA emulators available for Android, and all you have to do is download the emulator, find the best ROM hack of your choice, and start playing immediately.

2. Is Pokémon Insurgence a ROM hack?

No, it's not. Most fans have moved from creating ROM hacks to creating fan games on the PC game engine maker. This allows them the freedom to design their game how they want without the limitations of hacking a ROM. For example, Insurgence was created on the RPG Maker XP and can be run on a PC without a GBA emulator.

3. What is the rarest Pokemon game?

The rarest Pokemon of all is the Feebas, and it's very popular for being rare. However, it only appears in six tiles of Route 119 river in the original Sapphire and Ruby games.

Best Mods For Fallout 4 To Enhance The Experience