If you are an avid video game player, you have probably played dragon quest or other JPRGs(Japanese Role Playing Games) influenced by this series. Such JPRG tropes include overhead view and turn-based combat. However, the dragon quest game has remained a standout series over the years compared to other JPRGs.

Throughout the years, many mainline dragon quest titles have been released. If you're looking to start your dragon quest journey, it may be overwhelming to pick a specific title to start with. Fortunately, the game has two trilogies connected, so you will not miss much by starting with a random title.

Dragon Quest recently celebrated its 35th anniversary since its first release. To celebrate the game series, we have the best dragon quest games ranked from the best to the least popular. In addition, we have summarized each mainline dragon quest title to help you start your quest.

What is Dragon Quest Game?

Dragon quest was first released in the West under the name Dragon warrior. Although it was not the first Japanese RPG, dragon quest gained popularity after its debut on Famicom. Three years later, the game series migrated to Nintendo Entertainment System(NES), making an entry into North America.

Dragon Quest games are based on a premise of a hero accompanied by a squad of party members to save the land from the hands of a powerful evil enemy. First published in 1986, dragon quest has grown to release 11 mainline game series and a host of several spin-offs. In addition, the games' success has contributed to several anime, novels and manga being published under the franchise.

Below we have dragon quest games ranked from best to worst based on ratings and reviews. 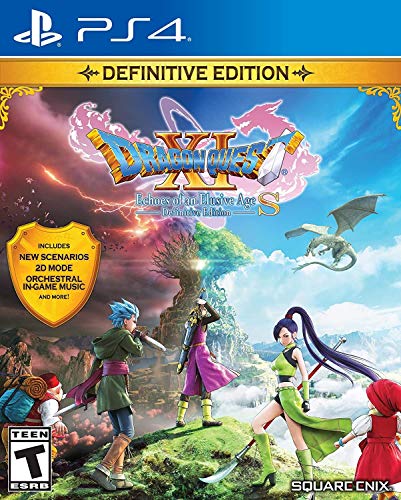 First on our list is Dragon Quest XI: Echoes of An Elusive Age. This title is undoubtedly the best dragon quest game ever released and, not surprisingly, the best RPG of all time. The story is deep and emotional, graced with memorable characters like the magic-wielding sisters Serena and Veronica and Sylvando, the ornate performer.

Echoes of An Elusive Age narrative is well-paced combined with a fine soundtrack to make this game a modern classic. The last third of the game has a time travel twist that is undeniably one of the best acts in the game. In addition, you will also find secret missions calling back to the previous series in the game.

This title is wrapped in an HD package and although released in 3DS and PS4 in Japan, you can still enjoy the title in 2D mode. So, whether you are a newbie or a veteran, this is, plain and simple, the epitome of all dragon quests. 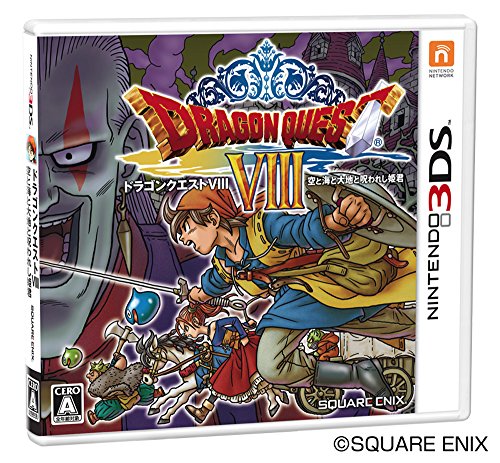 Originally released in 2004, Dragon Quest VIII: Journey of the Cursed King is the first mainline title to drop the Warrior in North America. It was also the first Dragon Quest game to feature full 3D graphics. In addition, the title uses great music to showcase its trademark style and tell an incredible storyline.

The 2017 Dragon Quest VIII release still retained the classic gameplay, such as allowing the player to use the first-person mode to select the players. With the Trodain kingdom cursed, the characters in the story set out to fight Dhoulmagus. While the first version was first released on PS2, you can play this eighth dragon quest series on Nintendo 3DS.

The Dragon Quest V: Hand of the Heavenly Bride follows the story of a hero, from birth through various ups and downs for three decades. Released in 1992, this game features unique sim mechanics like marriage and childbearing ability.

Second in the Zenithia Trilogy, the Dragon Quest V series is true to the original classic and employs personal storytelling to elevate the game. The ability to recruit and train monsters in the game is player-centered and allows you to determine how the game will play out.

With a DS remake in 2009, this title has received much attention from players to mark a shift in RTG tropes. In addition, the narratives and interesting gameplay are applied in future titles in the series installments. What's more interesting is that you can play this game even though you are unfamiliar with dragon quest IV or dragon quest VI. 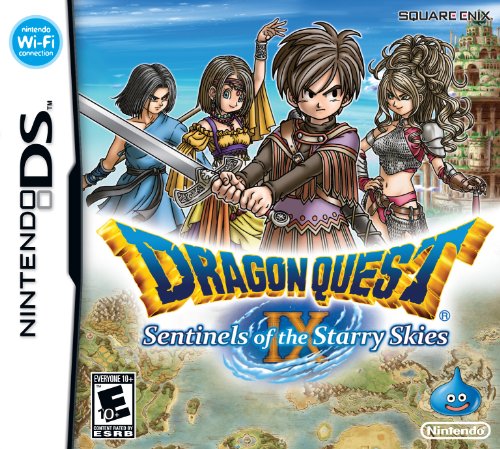 The dragon quest IX: Sentinels of the Starry Skies joined the best seller ranks by introducing multiplayer functionality. Although it has similar gameplay characteristics as other titles in the series, the dragon quest IX has a cooperative story and is designed to e a bit difficult to play.

The Sentinels of Starry Skies title allows players to fully customize the hero or main character and the party members. This feature, however, is tied to the online capabilities of the game. In addition, the dragon quest IX saw the addition of new gaming elements, such as weapon and armor crafting recipes and an in-game achievement list.

Having seen Square Enix release remakes of the first eight installments in the series, it's a safe bet, fingers crossed, to stay ready for the Sentinels of the starry skies remake release.

5. Dragon Quest VII: Fragments of The Forgotten Past 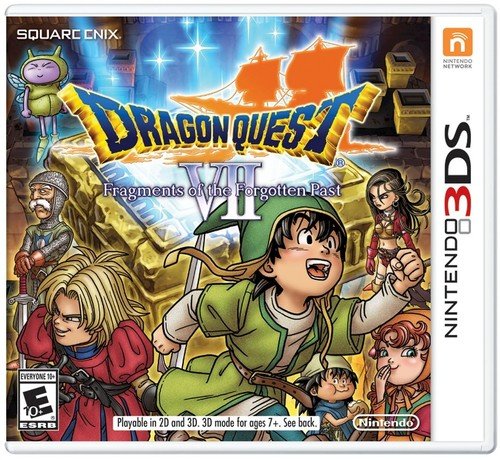 Fragments of the Forgotten Past make our Dragon Quest VII game and revolves around a monster-catching system, similar to dragon quest V. This game has the longest storyline going up to 100 hours, which is good and bad. Starting with a map brought home by the protagonists' dad, the world is portrayed to have had several different continents, fragments in the past.

Embedded in a class system, the dragon quest VII Fragments of the Forgotten Past employs distinct class tiers for party members and monsters. As a result, the game has many quests that ought to be completed and new areas explored. For this reason, the player spends most time grinding. In addition, the storyline and fun animations make the adventure engrossing. If you are a dragon quest fanatic, you will greatly enjoy this installment. However, it is not a good introduction for newbies. 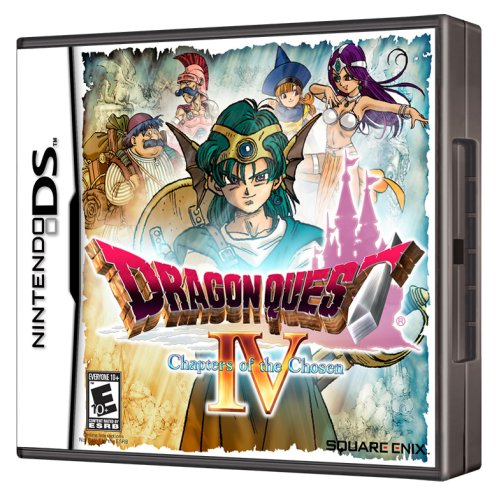 Dragon Quest IV: Chapters of the Chosen is an impeccable story to be divided into chapters. Unlike other dragon quest games with an unknown hero and a group of party members who unite to save the world, this fourth installment shakes things slightly.

Being the first game in the Zenithian trilogy, Chapters of the Chosen is divided into five chapters, each focusing on a different hero. The first four chapters portray the player as a different party member, saving the last to meet the main protagonist. In addition, the party members are AI-controlled and the game also features quality of life improvements like fast travel. The series remake released in 2008 features 6 chapters and you can enjoy it on Nintendo DS. 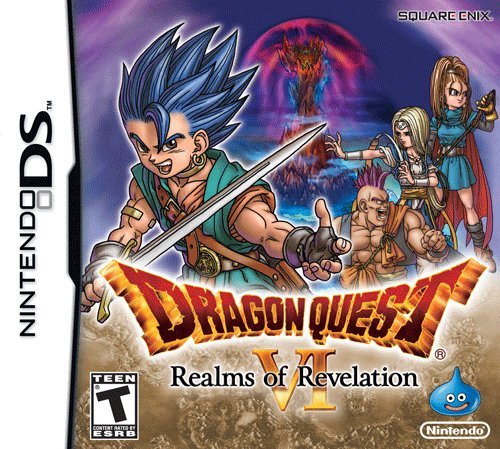 Marking the last game in the Zenithian trilogy, the Dragon Quest VI: Realms of Revelation continues the previous two titles. This is because the game does not introduce any new features, and the storyline could also be termed cliche.

That aside, Realms of Revelation employs the class system found in Dragon Quest III and switches between two worlds, a real one and a dream world. While the overall game may feel a little obvious, the characters and unique worlds make it worthwhile to play. In addition, although released on Super Famicom in 1995, this game did not leave Japan until 2011, which is a little too late since its popularity was low.

Set as the prequel to the first installment and an end to the Loto or Erdrick trilogy, Dragon Quest II: The Seeds of Salvation is a typical JPRG title that became one of the best in the Dragon Quest series. This game sees the first-ever introduction of multiple party members swapping during the adventure. In addition, improvements in quality of life, such as sorting items quickly, are released in the game.

The Dragon Quest III: The Seeds of Salvation paved the way for astounding gaming mechanics. Such included day and night cycles with quests made the world feel alive and lived in. In addition, the game has a twist, unlike the first two in that when the player(hero) thinks that the quest is over, the real evil appears. If you wish to understand the beginning of the Dragon Quest, this is the best game to start with.

Released as a sequel to the first installment, the Dragon Quest II: Luminaries of the Legendary Line continues the storyline while introducing new features to the game. Three-person parties were introduced in this game as an upgrade from the 1x1 encounters in the previous game.

Luminaries of the Legendary lines also pioneered new deep combat options and encounters from multiple enemies. The Dragon Quest I had so many lacking aspects, so the second entry to the series was more polished to make the game enjoyable. Unfortunately, the high enemy encounter rate and difficulty spikes made the game hard to enjoy.

However, this was a good learning curve for Square Enix. Looking back, this second installment can be considered as the entry-level to Dragon Quest and a benchmark for what future titles would be based on. Unfortunately, while several remakes of the game have been released, it is still uninteresting to play.

Dragon Quest is the archetype of the JPRG genre and the game that started it all. Released in 1986, this classic still holds an incredible charm to it and rather addictive gameplay. Dragon Quest, still commonly referred to as Dragon Warrior, has a simple and fast playthrough compared to modern standards.

Although not as polished as later games in the series, the original dragon quest still holds up well after many years. The 8-bit game features 1v1 battles, five towns and five dungeons. A trip down memory lane will suffice if you wish to see where and how the dragon quest started. However, you should know that compared to today's standards, the game is bland.

Last on our list is the Dragon Quest X. While it is considered a good game, it is only localized in Japan since its release in 2012. This is a bummer, especially if you are looking to build your Dragon Quest Collection.

Dragon Quest X introduces MMORPG (Massively Multiplayer Online Role-Playing Game) to the series in a fun and creative way. However, while you can still play the game with technical how-to and a VPN, you will miss out on most of the storyline unless you speak or understand Japanese.

1. Which Dragon Quest is the most popular?

Dragon Quest XI is hands down one of the best games in the series. It has a deep emotional storyline that is well connected and paired with a fine soundtrack, making it one of the best JRPGs ever released.

2. Which Dragon Quest game has the best story?

While all Dragon Quests are based on a certain unknown hero feeling the need to save the world, Dragon Quest V will warm your heart as it revolves around the hero's world from childbirth to marriage and kids. The story is relatable in a modern way and a player can easily see himself through the hero's eyes. However, although having the same basis, Dragon Quest games follow different storylines that are all quite captivating.

3. What is the best Dragon Quest game to start with?

If you are new to JPRGs, Dragon Quest XI would be a great place to start since it has modern features and is easily accessible. However, if you don't mind seeing where everything started, starting the series in numerical order will give you perspective on features, gameplay mechanics and improvements in quality of life. In addition, the titles are set in such a way that you'll love them regardless of where you start.